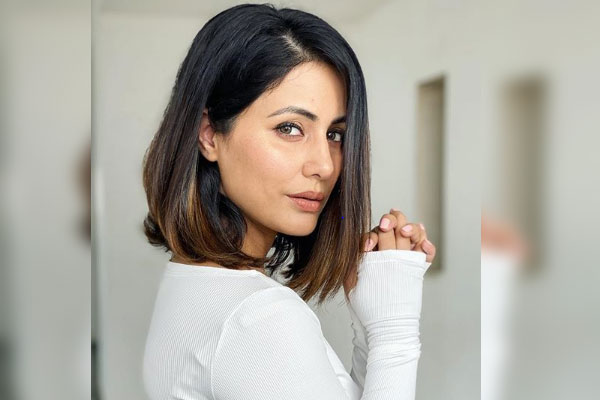 New Delhi: Actress Hina Khan, who has been a part of television for over a decade, says she does not see the format and content of the medium changing because this is what the audience demands.

At a time when the webspace is booming with content-driven projects, why are the audience still watching shows on the small screen that seem regressive?

Hina, who essays the title role in the fifth season of the superhit TV show, “Naagin”, feels the audience does not like to watch shows on small screen that are a “little progressive”.

“OTT platforms are there, and I am a fan of OTT platforms. I do watch a lot of shows on OTT platforms. I don’t see the content changing (in television). I don’t really see that happening because people like what they watch and this is why we get ratings — because they are happy. Is it regressive? Our show (Naagin) is completely different,” Hina told IANS.

Why Covid positive Hina Khan is a ‘helpless…

She said that “Naagin” is Indian folklore and people love watching it because they normally don’t get to watch such shows.

“People really look up to it. Since we talk about family drama on television, they have a lot of options. Even if we try to make a new show which is a little progressive about women and women empowerment, I don’t think people will watch it or like it,” Hina said.

The actress, who made a transition into films in 2020, says the only thing she sees is that people “will now or later completely move on to iPads and their phones and watch all the soaps there”.

“Nothing is going to change in (terms of) content. When you talk about television, ‘Naagin’ is completely different. It is a supernatural show. Other than that I don’t see the format or content changing in television because this is the audience’s demand. It’s all (about) demand and supply. If they stop watching it, they will stop making such shows,” she concluded.

Hina Khan: Love I got for ‘Yeh Rishta Kya Kehlata…