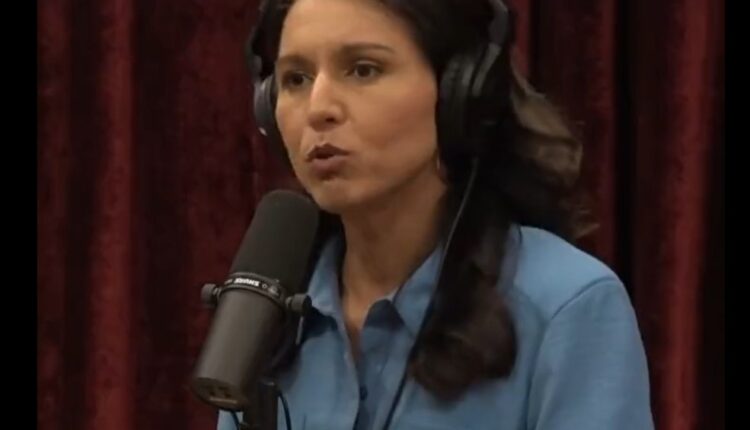 New York: Fresh off announcing her departure from the Democratic Party, Tulsi Gabbard, who was the first Hindu member of the US Congress, compared President Joe Biden to Nazi leader Adolf Hitler.

She made the remarks during her first weekend on the campaign trail for the November 8 mid-term elections.

Speaking at a town hall event in a town outside Manchester recently, the former Hawaii Congressman and the 2020 Democratic presidential candidate stated she is “pretty confident” that both Biden and Hitler share a “mentality” of good intentions to be authoritarian, justify behaviour, according to audio obtained by The Daily Beast on Sunday.

“I’m pretty sure they all believe they’re doing what’s best,” Gabbard continued. “Even Hitler thought he was doing what was best for Germany, right?

Gabbard, who once was vice chairwoman of the Democratic National Committee, announced last week she was leaving the party, claiming it is now under the “control of an elitist cabal of warmongers”.

According to media reports, Gabbard had found herself increasingly estranged within the Democratic Party after her failed presidential candidacy bid in the 2020 primary.

A staunch critic of President Biden, Gabbard has lambasted him for “pouring fuel on the flames” of the division in the country.

“Today’s Democratic Party racialises everything and blatantly stokes anti-white racism, reducing each of us as God’s children to the color of our skin, using identity politics to tear us apart for their own political gain,” she said in a tweet.

A military veteran, who served in the Iraq war between 2004 and 2005 for the Hawaii Army National Guard before she entered Congress, Gabbard has long been critical of US intervention overseas and has also blamed Russia’s invasion of Ukraine on Biden’s failed foreign policy.

Gabbard is now set to campaign for Kari Lake, who is running for Arizona governor.

Lake, a former journalist, is running against Democrat Katie Hobbs, who is Arizona’s secretary of state.

In a radio interview on Monday, Gabbard also didn’t rule out a new presidential election when asked about any future ambitions.

Deepika to star opposite Mahesh Babu in Rajamouli’s next film