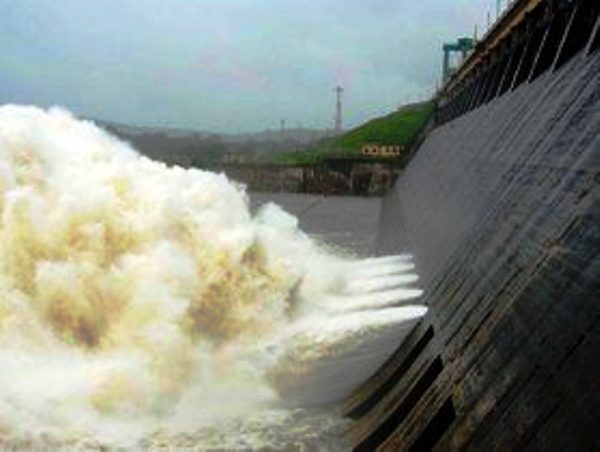 The dam authorities opened five sluice gates (left 3 and right 2) of the reservoir after its water level reached above 605 ft against optimum level of 630 ft.

During the last  24 hours, upstream of the dam received average 19.85 mm rainfall and the downstream 15.25 mm rainfall.

Dam Chief Engineer said five more gates will be opened in the second phase and sirens have been turned on to alert about phase-wise opening of sluice gates.