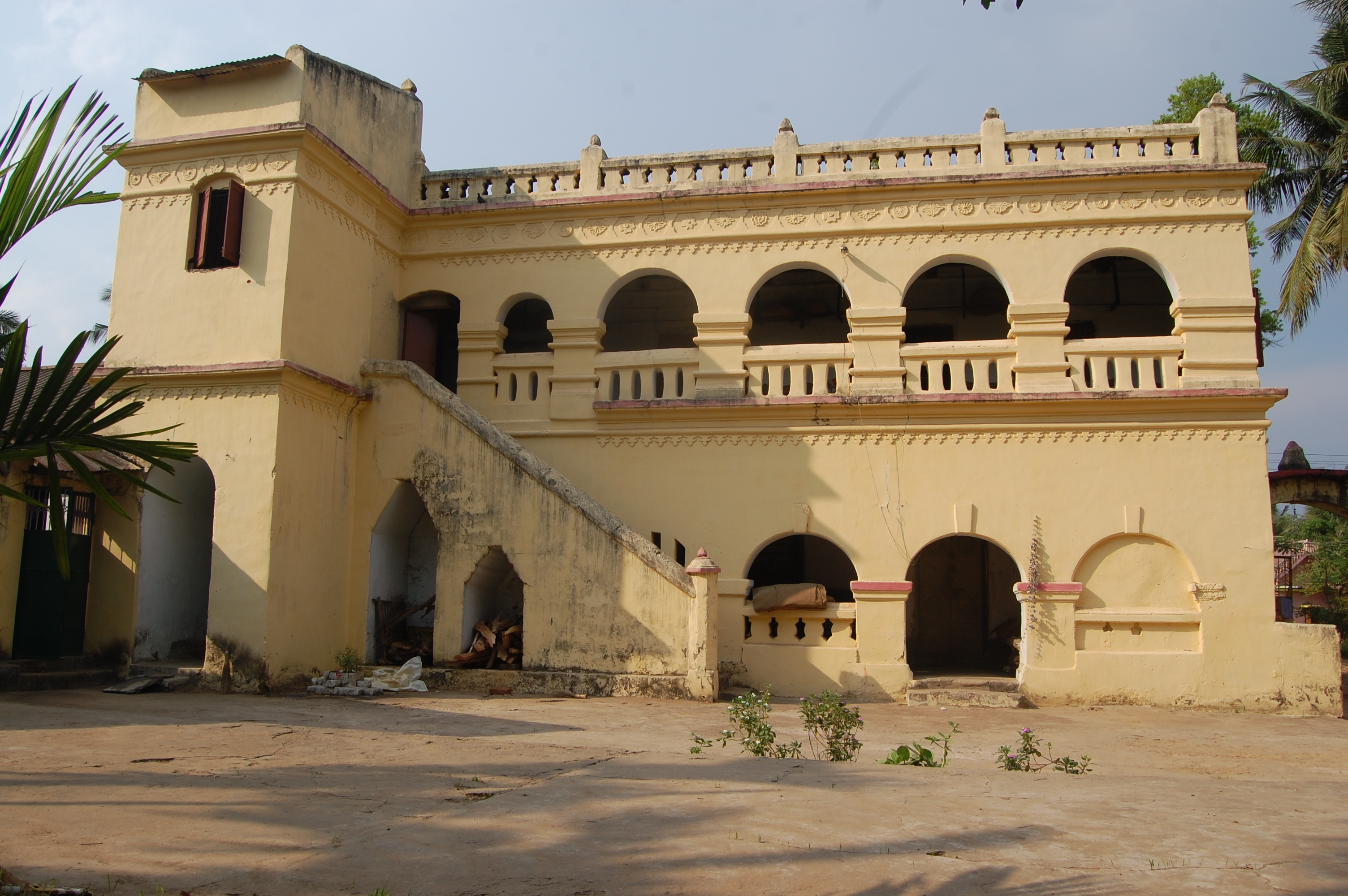 Bhubaneswar: One of the last remaining vestiges of the Old Jagannath Sadak, just on the outskirts of Bhubaneswar, is crumbling for want of proper conservation.

The Anu Patro Kothi, as it has been popularly called since the last 140 years, is in need or urgent repairs. Located in the Gadasrirampur village under the Balianta police limits, this small but grand two storied house was constructed by one Anadi Patro between the years 1880-82.

During its heydays, it was one of the most majestic buildings on the Old Road between Bhingarpur and Sakhigopal. It is just two kms away from the Sai Temple on the Puri Bypass road.

The Anu Patro Kothi has an interesting history behind it.  Anadi Patro was a farmer who had migrated to Kolkata after the Na Anka Durbhikshya of 1866. He had set up a small business and had become successful and prospered. He frequently came home to his village, travelling on the Old Jagannath Sadak. He was aware of the travails and difficulties faced by the pilgrims, and being a devout and religious man, he had made the house as a resting place for the Jagannath pilgrims.

Built in a neo-colonial style, the two storied house was built by the side of the old road. The workmen, carpenters and masons had come from Kolkata. There are carved doors and windows, an arched entrance way and a huge stone paved courtyard. Anu Patro also dug a big stone lined pond and two wells for the pilgrims. A temple too was constructed. For many years it was a favourite stop for the pilgrims, and most of them would camp here at night. The original work was in lime plaster and wooden beams.

The house was listed as a heritage structure of the Old Sadak by INTACH during their survey of the Monuments of the Old Jagannath Sadak.

In fact, it was a part of the report submitted to the government for notifying it as a protected monument. Many visitors have come to see the house after it was listed by INTACH.

According to Anil Dhir, who headed the INTACH team in the survey, the old house is one of the last surviving examples of the architecture of the period.

Dhir said that no other structure has endured the vagaries of time like this building. The palaces and old houses in Bhingarpur are in ruins and beyond restoration. Another old house at Dandamukundpur was completely destroyed last year. A copy of this building can be found in Sakhigopal, which now houses the Temple Administrator’s office. This rambling house, is today still beautiful, but unkempt and sadly disintegrating in places.

Dhir laments that many of the structures that had been listed by him have been destroyed. Just last year, the historic 180 year old Maratha era bridge at Jaleswar was demolished despite all protests.

The Old house is in urgent needs of repair. The walls and roof are leaking, and the wooden beams are now in a precarious state. The owners had made some repairs a few years ago, but looking at the heritage value of the building, it needs proper conservation and repair to restore it to its old glory. The present owners are aware of the religious significance of the building and want to convert it as a museum. The rooms are filled with antique furniture. Once it is restored; the family will maintain it and throw it open for the public.

A team from INTACH comprising of State Convener A.B.Tripathy, Sanjib Hota, Kulamoni Deo and Anil Dhir have visited the village and inspected the building.

According to A.B.Tripathy, the house is a neglected piece of history which is in urgent need of proper conservation. He said that INTACH will take it up with the authorities to see that funds are made available for the proper restoration and conservation of the building.

In fact the MP and MLA should make allocations from their LAD funds for the upkeep of the house.  INTACH will extend all expertise for the proper repair and restoration of this structure.

Sanjib Hota has opined that the government should take steps to notify the Monuments of the Old Jagannath Sadak. The report submitted by INTACH two years ago should be published and released.

The vestiges of the Old Jagannath Sadak are very important to the culture and history of the State, and are a part and parcel of the Jagannath Cult. Ignoring the proper maintenance is sacrilegious and will be a big loss to our cultural  religious traditions.