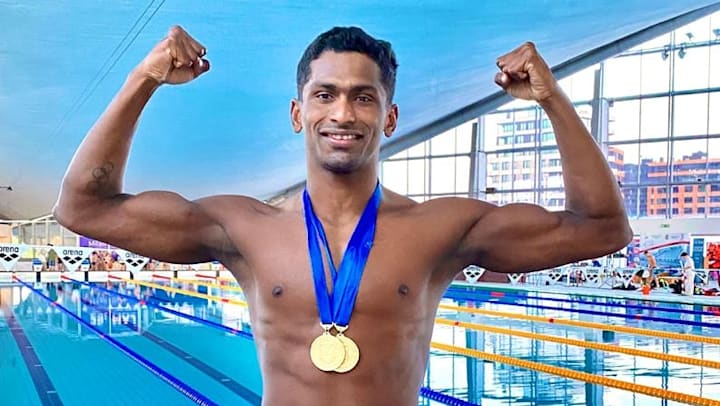 Rome: Sajan Prakash on Saturday entered his name in Indian swimming record books by winning an automatic berth for the Tokyo Olympic Games in the men’s 200 metres butterfly event here.

Prakash clocked 1 minute 56.38 seconds in the Sette Colli swimming competition. This timing was better than the Olympics ‘A’ qualification time of 1:56.48 secs.

He is the first-ever Indian swimmer to have achieved ‘A’ qualifying standard in the history of Indian swimming.

The Olympic qualifying deadline is June 27.

“I have worked very hard for this, and I was confident with the way I had trained. This was my last chance, and I knew I had to do it here. I had come so close to the qualifying mark in the previous meets. My coach Pradeep Kumar sir, and I planned my tapering in such a way that I would peak at these two events in Serbia and Rome,” the 27-year-old swimmer said after achieving the incredible feat.

“This is a historic moment for Indian swimming, and we are all absolutely thrilled with Sajan’s performance in Sette Colli, Rome which happened to be the last event to make the ‘A’ qualifying mark. Sajan’s achievement has broken the glass ceiling in Indian swimming which will inspire the generations to come,” he said.

It may take a year for COVID survivors to regain taste, smell: Study