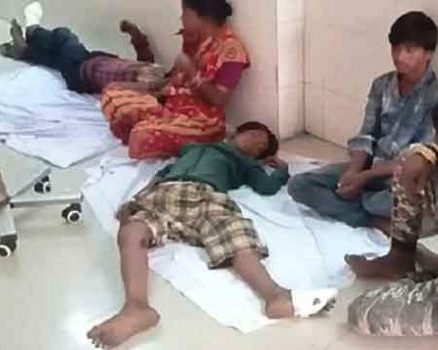 Rayagada: An unknown four-wheeler ran over two minor boys while they were sleeping on a pavement adjacent to an overbridge in Odisha’s Rayagada town today, injuring the duo critically.

Arjun Sabar (12) and Sekhar Sabar (14), the two victims hailing from Patnagarh in Balangir district, were sleeping on the pavement with their family members this morning when the mishap took place.

The vehicle ran over the legs of the two boys and fled the scene. Kin of the injured ones rushed them to the Rayagada district headquarters hospital. On being informed by hospital authorities, police reached the place and initiated investigation.

The victims were vending toys in the town with their family members during Ratha Jatra here, reports said.

Elephant menace: Man trampled to death inside house in Keonjhar