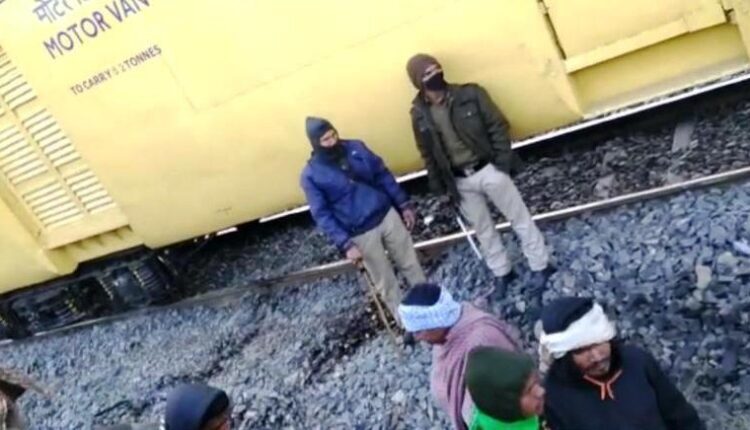 As a result of the collision, two wagons of the train derailed. On being informed, concerned Railways officials and Forest officials reached the place and initiated an investigation.

According to reports, the train was heading towards Shalimar from Nashik when it hit the two pachyderms who were crossing the track with a herd of elephants, around 1.05 AM.

Movement of trains on Howrah-Mumbai route was affected due to the restoration work.

“It is an unfortunate incident. It happened around 1 am on Thursday when a herd of wild elephants was crossing the tracks. Though it’s difficult to explain the exact cause, I think it was due to change of direction by elephants. Railway and forest officials are on the spot and restoration of rail traffic on the route has been done,” said Nishant Kumar, Assistant Railway Manager, Bondamunda.

He said that an investigation into the unfortunate incident would be conducted.

Tankadhar Behera, Assistant Conservator of Forests, Rourkela division, said that the train speed at the time of the accident would be looked into.

India warns against terrorists getting chemical weapons of mass destruction