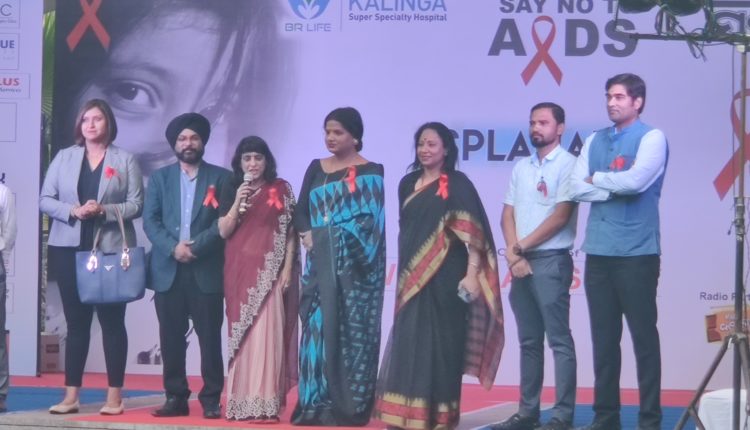 Bhubaneswar: While interventions and awareness campaigns have been launched to put brakes on the spread of HIV infection, there seems to be little impact in Odisha as number of cases are incremental year on year.

As per government figures, there are nearly 50, 000 infected people in the state and Ganjam accounts for the highest number of such people. In the last five years, around 19, 000 new cases have been identified in the state.

Ganjam has highest number of cases with nearly 16000 infected people followed by Cuttack with 6739 cases. In the age group of 25-49, the prevalence is high.nh

On the pre-eve of World AIDS Day, the Sambad Groups, on Saturday, organized an event in Esplanade One mall with the theme ‘Say No to AIDS.’

He also advised to maintain monogamy and use protection during sexual intercourse.

Amarendra Behera, the first HIV positive detected in Bhubaneswar was invited on stage to share his experience of fighting the infection for around 20 years. “I request you all to extend moral support to the HIV positive people so that they could fight their disease. Rather than the disease, the discrimination kills the patient,” Behera said.

Congratulating Sambad Group and BR Life’s collaborated initiative to spread awareness on AIDS, Dr.Manjainder Singh delivered his message saying, “You are an integral part of the society. Never feel left out and don’t let society bug you. Be confident and move forward head-on.”

The event closed amidst immense appreciations from the guests of the evening and with distribution of prizes to the participants and gifts to all the school students present in the audience.