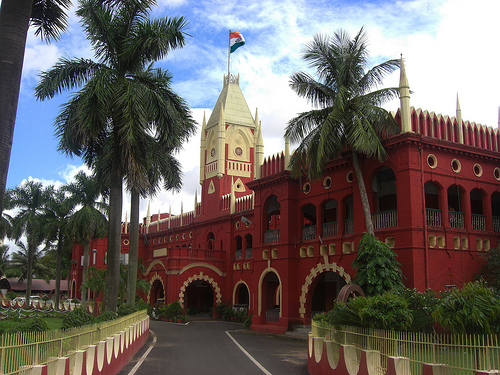 Cuttack: Coming down heavily on Odisha police, the Orissa High Court has directed the Deputy Commissioner of Police (DCP) in Bhubaneswar to personally monitor the investigation of a 28-year-old man’s death at a flat in Infocity area of the capital city on February 28 this year and submit a final report in this regard within three months.

Deceased Anand Toppo was a friend of international hockey player Birendra Lakra. Toppo was found hanging at the flat, just 10 days after his wedding.

Toppo’s family members had claimed that Lakra and his friend Manjeet Tete were present at the flat on the fateful day. They had accused Lakra of murdering Toppo and lodged a police complaint.

Toppo’s family filed a petition in the HC and sought a CID or Crime Branch probe into the incident after the inspector in-charge (IIC) of Infocity Police Station in Bhubaneswar allegedly refused to register an FIR in this regard.

The police registered an FIR against Lakra, who is also a DSP-rank officer in Odisha police, only after the HC directed the Bhubaneswar DCP to look into the reasons behind the non-registration of the FIR by the Infocity Police station and submit a report within seven days.

In its December 6 order, the HC has directed the Police Commissioner of Bhubaneswar not to assign any field posting to the IIC of Infocity police station for a year.

This apart, the Police Commissioner has been asked to send the IIC concerned for sensitization training at Biju Patnaik Police Academy in Bhubaneswar for a month.

“The inaction shown by the police is deplorable. If there is even a shred of truth in the allegations made herein, such infamy by the police deserves strong condemnation. The core mission of the police is to protect the citizens from the undesirable elements of society. But if its actions were to leave the community more vulnerable to criminal victimization, it would undermine the popular confidence in law enforcement. Looking at the recent surge of cases pertaining to delay in registration of FIRs, it seems that institutional lethargy has crept into the system, which is unfortunate,” observed the HC.