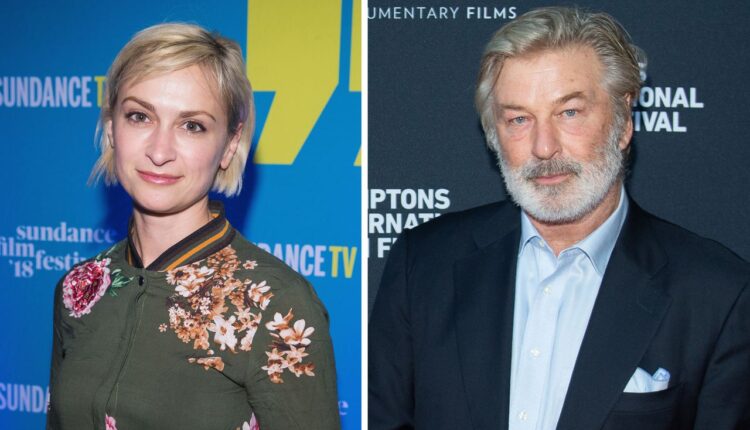 Santa Fe (US): On a day when Hollywood’s film workers’ union alleged that the prop gun used by Alec Baldwin, which caused the accidental death of cinematographer Halyna Hutchins, had a “live single round”, the 68-year-old actor issued a statement on Twitter regarding the shooting incident on the set of “Rust”, a ‘western’ being produced by him.

The film’s director, Joel Souza, who was also injured in the incident, has survived after being treated for his injuries, but the 42-year-old cinematographer was not as fortunate.

“There are no words to convey my shock and sadness regarding the tragic accident that took the life of Halyna Hutchins, a wife, mother and deeply admired colleague of ours,” Baldwin tweeted, according to “Variety”.

“I’m fully cooperating with the police investigation to address how this tragedy occurred and I am in touch with her husband, offering my support to him and his family. My heart is broken for her husband, their son, and all who knew and loved Halyna.”

On Thursday evening, the Santa Fe Sheriff’s Office confirmed that Baldwin had fired the prop gun that led to Hutchins’s death and Souza’s injuries on the set of “Rust”, an independent film that Baldwin is acting in and producing.

The International Alliance of Theatrical Stage Employees (IATSE) alleged in a statement issued on Friday that the prop gun had a “live single round”. A prop firearm, according to “Variety”, is made of rubber or resin and would not be able to fire a live round. A gun capable of firing blanks would be called a “blank-firing weapon”.

The union’s charge came on a day that saw an outpouring of grief and anger on social media from those who knew and worked with Hutchins. The sentiments of the late cinematographer’s colleagues was articulated by Director Adam Egypt Mortimer, who worked with Hutchins on the 2020 independent superhero mystery-thriller film “Archenemy”.

Mortimer tweeted: “I’m so sad about losing Halyna. And so infuriated that this could happen on a set. She was a brilliant talent who was absolutely committed to art and to film.”

Joe Manganiello, who starred in “Archenemy” wrote: “An incredible talent and great person. I can’t believe this could happen in this day and age… gunfire from a prop gun could kill a crew member? What a horrible tragedy. My heart goes out to her family.”

At the time of the tragedy, “Rust” was being filmed at the Bonanza Creek Ranch, a popular shooting location south of Santa Fe, New Mexico.