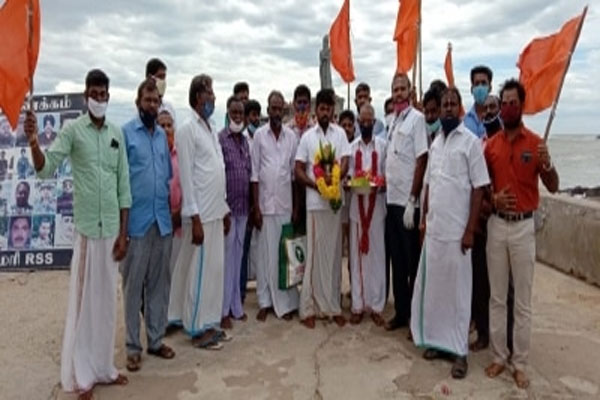 Bengaluru:  Multiple religious and spiritual centres from Karnataka are sending mud, water and other construction samples for the Ram temple foundation stone ceremony in Ayodhya.

The VHP is also planning to send a big stone from Anjanadev Betta to Ayodhya.

Likewise, samples are also being sent from Adhi Chinchinigiri. Nirmananda Swamy from this place is participating in the Bhumi Poojan.

From Karnataka, only three people have been invited. Bejawar Swamy, Virendra Hegde and Nirmananda Swamy.

“It is confirmed that Nirmananda Swamyji will be there in Ayodhya by the evening of August 4,” said Muniraju.

Incidentally, many of these samples are being sent through courier, speed post, including a Rath Yatra which has already left for Ayodhya.

Sushant’s sister: Let’s stand together for the truth