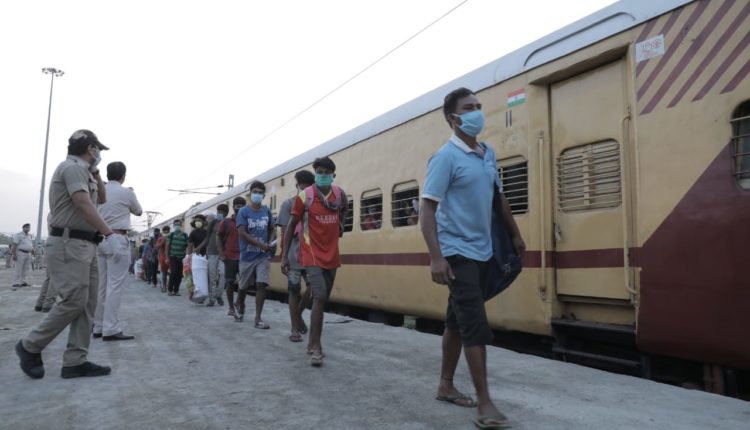 Bhubaneswar: With migrants returning back to the state amidst COVID resurgence throughout the country, Odisha Government today asserted that it is all prepared to tackle the situation in the state in coming days.

Speaking to mediapersons, Labour Minister Susanta Singh said migrants are returning to the state from some highly-infected states and they are being tested. All district administrations have been asked to keep Temporary Medical Camps (TMCs) ready to meet the eventuality. A detailed guideline for migrants returning to the state will be issued soon, the Minister added.

He further said checking at border checkpoints has also been intensified. People with negative RT-PCR test report (not more than 72 hours old) are being allowed to enter the state. Those not producing the negative report are being sent to home isolation.

“Fear for the virus has reduced among the people as compared to last year. The number of cases in Chhattisgarh has increased manifold leading to rise in infections in western Odisha districts. However, bus services to and from Chhattisgarh has been completely suspended,” Singh added.