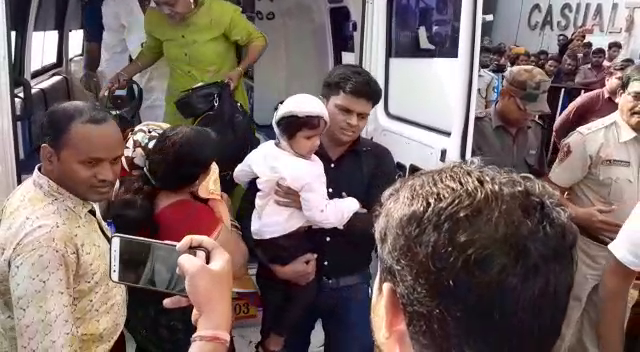 Cuttack: Twin brothers Jaga and Kalia, who had left Odisha with their bodies fused at head for a surgery, today returned to their homeland as separate individuals after a long gap of two years.

The twins accompanied by their parents and a doctors’ team arrived at Cuttack Railway Station here on New Delhi-Bhubaneswar Rajdhani Express at 3.12 PM today. A two-member team of doctors from the SCB Medical College and Hospital here had reached the AIIMS, New Delhi on Thursday to hold discussions with their authorities for their return. All of them had left the national capital after discharged of the two kids from the premier hospital yesterday.

As scheduled, the two will be admitted to Neurosurgery ward of SCB Medical College and Hospital here for their further treatment. A six-member team with specialists from neurosurgery, neurology, surgery and pediatrics department will ensure proper treatment of the two at the hospital. The state Government will bear all the medical expenses.

“All necessary steps will be taken to provide treatment to Jaga and Kalia. If needed, doctors from other departments will be included in the team. The hospital has also kept a two-bed ICU cabin ready for Jaga and Kalia,” SCB Medical College and Hospital Superintendent CBK Mohanty had said this on Thursday.

Worth mentioning, the craniopagus conjoined twins hailing from Milipada village in Kandhamal district were separated by a team of doctors after a 21-hour marathon surgery at AIIMS, New Delhi in October, 2017.