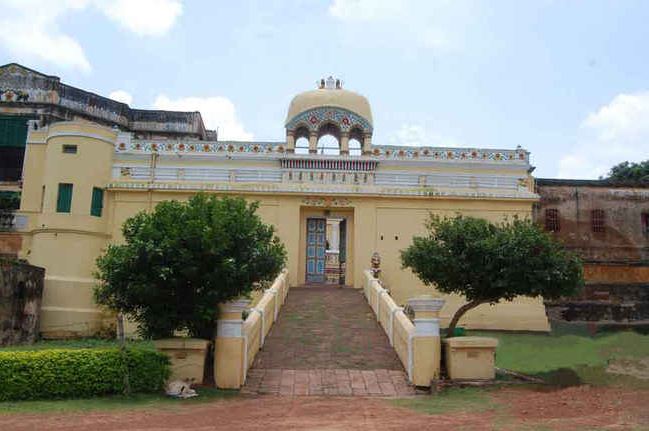 Bhubaneswar: Want to wallow in regal splendor as the rajas and maharajas of erstwhile princely states of Odisha did, then your wait is over as the State’s Tourism department is going to promote royal tourism with ‘Royal Heritage Tour Package’ for you.

The overwhelming success of similar tour packages in Rajasthan is what that has inspired the State Tourism department. The department is all set to accord special recognition to royal tourism like ‘homestay’.

While having an experience of royal living as a guest of the royal families in these palaces, one can visit nearby tourist places.

The nine palaces which will open themselves up for royal tourism include 1860 AD built Dhenkanal Palace, the 1700 AD Aul Palace in Kendrapara district, Talcher Palace, Gajalaxmi Palace at Borapada in Dhenkanal, Kalahandi Palace, Dalijodi Palace and Nilgiri Palace.

“We are encouraging royal tourism. In the near future it’s going to add a completely new dimension to tourism in the state. We will be taking necessary steps in this regard,” informed State Tourism Director Nitin Bhanudas Jawale.

Dhenkanal Palace which is the only palace in the State to be within a fort is likely to attract more tourists.

While this palace was built by Bhagirathi Mahendra Bahadur, seven generations of the royal family have lived here.

Resentment brews as none from Odisha find place in 17 iconic…

The palace, which earlier had only two rooms, currently has 11 rooms. Head of an elephant kept inside this palace will be a special attraction for tourists.

“A rogue elephant which had killed nine persons in 1929 was killed and its head has been preserved in the palace as a trophy,” tells Amarjyoti Singhdeo, a descendant of the royal family of Dhenkanal while narrating about the legends associated with the Dhenkanal Palace.

Tourists during their stay here can visit tourist places and places of heritage on the golden and diamond triangle circuits, he added.

“As per Government of India’s policy, palaces built before 1950 have been declared as heritage palaces. Presently, Rajasthan and other States have accorded special recognition to palace tour packages and now since our State government is also considering it it’s a welcome step. This will bring in immense prospects for the State,” Singhdeo informed.

Similarly, the Aul Palace built in 1700 AD will be another special attraction for tourists in the royal tourism programme.

“While tourists will have an opportunity to have a close view of the lifestyles of the royals in 1700 AD, they can visit places of tourist importance on the diamond triangle circuit including the Bhitarkanika National Sanctuary,” said Braja Kishore Deb, a descendant of the Aul royal family.

A stall on royal heritage tour package put up by the State Tourism department at the 33rd IATO (Indian Association of Tour Operators) Annual Convention here was a huge draw for tour operators. The three-day convention concluded here yesterday.

Int’l luxury cruise liner docks at Paradip Port after a…