Honor budget smartphones to arrive in India this month 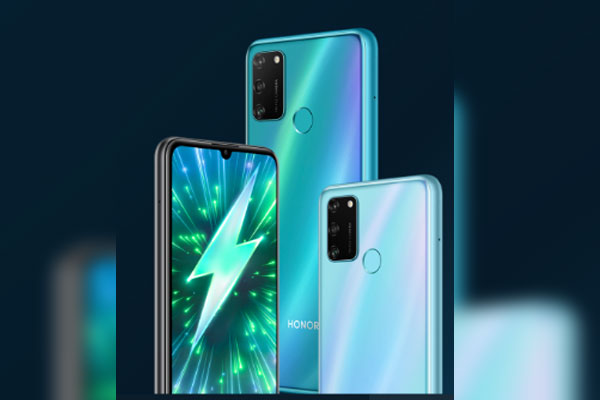 New Delhi: Smartphone brand Honor is expected to launch Honor 9A and Honor 9S in India later this month for under Rs 10,000.

The smartphones will come pre-installed with the latest AppGallery and are expected to run on HONOR’s flagship – Magic UI 3.1 based on Android 10, industry sources told IANS on Thursday.

Honor 9A was recently launched in China in a single storage variant of 3GB RAM and 64GB internal storage that costs 149.9 euros (approximately Rs 12,000).

The smartphone features a 6.3-inch display 20:9 aspect ratio. It is powered by MediaTek MT6765 SoC paired with 3GB RAM and 64GB internal storage.

The phone houses a triple rear camera setup of 13MP primary camera, a 5MP wide-angle sensor and a 2MP macro sensor. On the front, there is a single 8MP camera.

The device is backed by a 5000mAh battery that is said to offer up to 33 hours of 4G calls, up to 35 hours of video playback and up to 37 hours of FM radio playback.

The Honor 9S’ cameras include an 8MP rear camera and a 5MP front camera.

(IANS)
honor 9a and honor 9s in india
Share FacebookTwitterGoogle+WhatsAppTelegramEmail