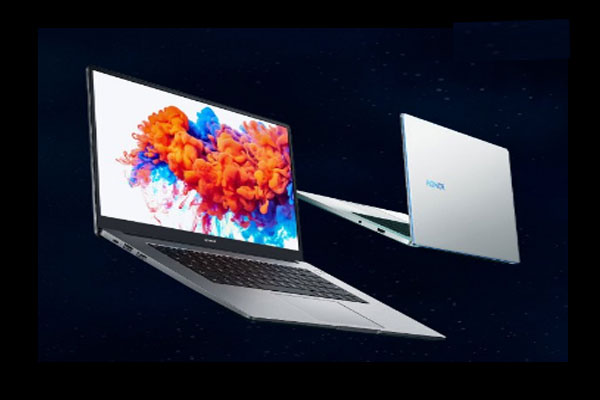 New Delhi: Honor India President Charles Peng said on Monday that the company is geared up to enter the India laptop market on July 31 with MagicBook 15 that will be priced under Rs 50,000 to define productivity as more and more people work from home.

Armed to give some competition to Xiaomi’s recently-launched Mi Notebook 14, the Honor MagicBook 15 offers a password-free login and comes with a two-in-one fingerprint power button, for effortlessly unlocking the device with just a tap.

“We are excited to enter a new category in the Indian market with our most popular laptop MagicBook 15 under the Rs 50,000 category. Currently, we are going to import them from China but in future we will manufacture them in India,” Peng told.

The Honor executive said they are entering the laptop segment after “examining the market as well as customers’ feedback”.

Equipped with a Type-C charger, MagicBook 15 supports fast-charging capability and claims 53 per cent charge in just half an hour.

“With Magic-link 2.0, users can transfer images, videos and documents between Honor laptop and Honor phone instantly. Users can also share Honor phone screens on the laptop, and drag, drop and edit files using the same keyboard and mouse,” said Peng.

The notebook market in India currently is around six-seven million unit sales per year — 50 per cent consumer notebooks and 50 per cent commercial notebooks.

Consumer notebook accounts for around 3.3 million to 3.6 million units and one of the most popular segments is thin and lightweight devices and this is where Honor is aiming to make a great impact with MagicBook 15 .

Peng said that privacy protection is a cornerstone of the product design at the company.

“The pop-up webcam is discreetly hidden underneath the camera button on the keyboard, serving as a unique privacy safeguard. Users can simply tap on the button to make the webcam pop up when they want to use it. MagicBook 15 runs Microsoft Windows 10 Home, covering all the privacy concerns from a software viewpoint,” Peng told IANS.

The company is also looking forward to launching Honor 9A and Honor 9S smartphones in India for under Rs 10,000 on July 31.

Shutdown extended for 7 days in this municipality of Odisha