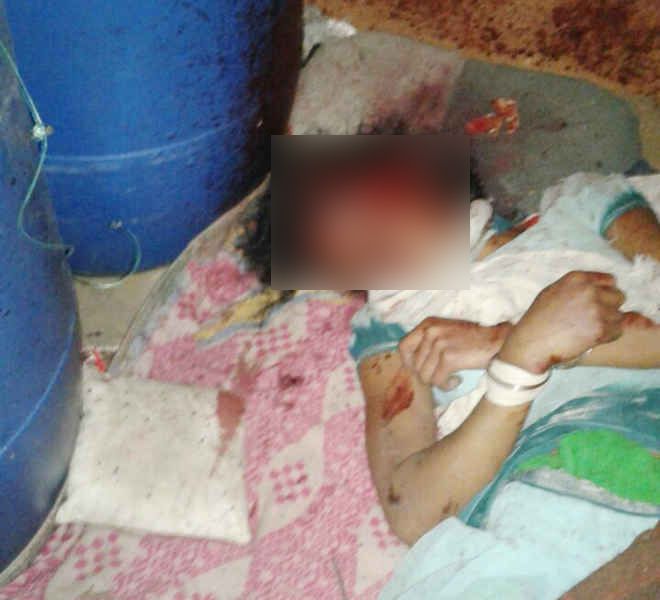 Barbaric! In a shocking incident of honour killing, a youth in Bharuapali village under Belapada police jurisdiction in Odisha’s Bolangir district allegedly bludgeoned his younger sister to death with a cricket bat after finding her in a compromising position with another youth.

Police have arrested deceased Devaki Bhoi’s (17) elder brother Babu Bhoi (22) today while they have detained three others including the youth who was allegedly found in a compromising position with the deceased.

Police have seized the body and have sent it for post-mortem. They have also seized the weapon of assault (cricket bat) and are investigating the matter.

According to police sources, Amar Singh Bhoi of Chhatriapada in Bharuapali village on Thursday along with his wife had gone to nearby Ghagurli village to participate in a wedding ceremony leaving their son Babu alias Pande and daughter Devaki at home.

Babu who had gone to take a bath on returning home at around 2 PM did not find his sister at home.

While Babu was searching for her, he found her in a compromising position with a youth in the farmland adjacent to the backyard of their home.

He scolded her and dragged her to their home.

The brother-sister duo had an altercation over the incident at their house.

In a fit of rage over the incident, Babu tied Devaki’s lower and upper limbs and thrashed her heavily with a cricket bat leading to her death.

In the evening, when Amar Singh Bhoi and his wife returned home they were shocked to find their daughter lying dead in a pool of blood with her limbs tied.

The couple on inquiry from neighbours found that the brother and sister had a quarrel. They searched for their son Babu.

Basing on the report police accompanied by the scientific team reached the spot today in the morning.

Police sources have revealed that Babu who was involved in a murder in Chennai was currently on bail.