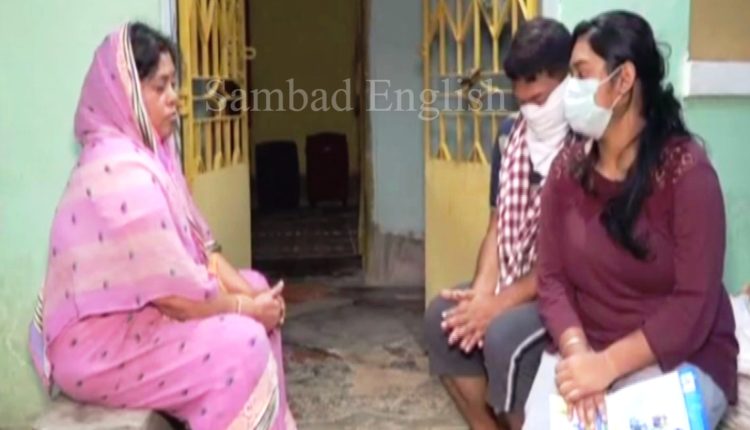 Bhubaneswar: The frontliners in the fight against the deadly novel coronavirus pandemic are being considered as COVID warriors for their relentless service to mankind. However, stray incidents of apathy have blemished their image in these trying times.

A case of alleged apathy towards a critically ill patient has shamed many. On April 27 night, a 61-year-old retired BSNL employee complained on angina and breathlessness. The family residing at a rented house at Basudev Nagar under Rasulgarh area reportedly approached the house owner for help. They sought help to shift the sexagenarian to a nearest hospital for immediate medical care. However, the landlord reportedly turned down their request.

Samanwita Nayak, the ailing person’s daughter, frantically tried 108 and 104 helpline, but in vain. However, she managed to hire a taxi to a private hospital under Laxmisagar area, at around midnight.

After reaching the hospital in the dead of the night, the staff enquired about her address and other details. When she hastily replied ‘Bomikhal’ instead of Rasulgarh, the staff allegedly refused them to admit the patient as Bomikhal was earlier declared a COVID-19 hotspot zone in the city.

“With help of an Ola cab, I took my father to Sunshine Hospital for treatment. I reached there at 12.15 am. Instead of telling them the exact place where we are residing, I hurriedly said Bomikhal, the area which was earlier sealed and declared a containment zone. The hospital staff refused to give treatment to my father,” the daughter of deceased alleged.

Seeing no help coming their way, they rushed to another private hospital in Saheed Nagar area immediately.

“When we reached the other hospital, a nurse attended to my father and ECG was done. After some time, he was refferred him to Aditya Care Hospital,” he added.

“On the way to the hospital, my father passed away,” she said in a chocked voice adding, “My father could have survived had he received timely treatment.”

The patient, who was diabetic too, was declared brought dead at the speciality hospital.

The nightmare did not end there. When the girl along with her mother reached their rented house, the landlord did not let them in. The family living in the second floor was denied entry to the premises. The mother-daughter duo requested them to keep the body in the portico area till the break of the dawn. The landlord allegedly refused to do them a favour.

A dejected mother-daughter duo had to spend the whole night out in the open with the body alongside them.

The family members of Rabindra Nayak waited for the latter’s son who was on his way from Nabarangpur. By the time the deceased’s son reached here, it was too late. Neither he could lit the funeral pyre nor he could pay last respects to his father.

“We took the body to the crematorium at Satya Nagar, where I performed the last rites of my father in the absence of my brother,” she narrated.