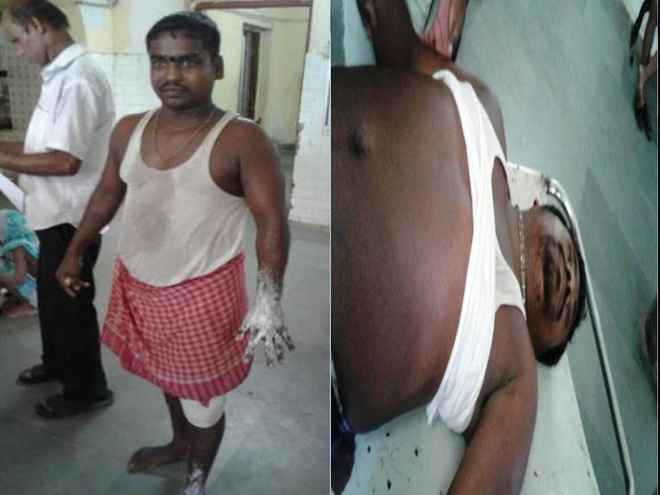 Two Bojhia sevayats (servitors who carry Mahaprasad) of Sri Jagannath temple in Odisha’s Puri sustained critical burn injuries after a fall while carrying hot dal atop their heads to the Bhoga Mandap (hall of offering).

The injured identified as Duryodhan Pradhan of Kanthapur in Mangalapatana area and Mania Behera of Jagannath basti of Mishra Sahi here were initially rushed to the District Headquarters Hospital here and later shifted to SCB Medical College & Hospital in Cuttack after their condition worsened.

According to reports, while Mania was carrying hot dal on his head to the Bhoga Mandap slipped on the floor and sustained burns on his body as hot dal got poured on him.

Duryodhan who was following him carrying hot dal on his head in similar fashion also fell down after hitting Mania.