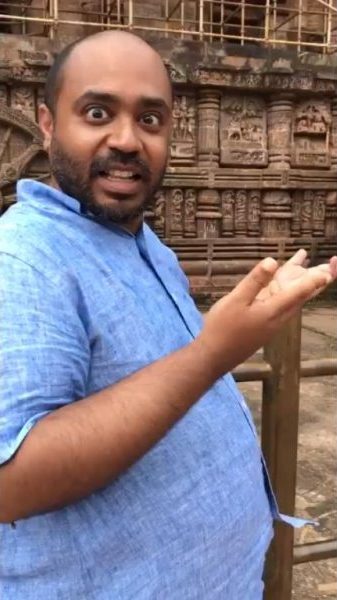 Bhubaneswar: A notice will be served to the journalist Abhijit Iyer for appearance before the House Committee on October 11 over his derogatory remarks on Odisha MLAs, informed Leader of Opposition Narasingha Mishra here today.

He will be asked to depose before the panel at 11.00 am on Oct 11 in connection with breach of privilege allegations leveled against him.

“The House Committee today called the DGP, Director, Intelligence and media channels and recorded their statements. The reports published in newspapers and people heard and watched on media channels are apparently true,” said Mishra, who heads the panel.

“The panel will probe as to whether the criticism is breach of privilege of the House or the legislatures. Therefore, the committee has decided to serve a notice to Abhijit Iyer to appear before it at 11.00 am at Room Number 54 of Odisha Legislative Assembly on October 11,” he said.

The panel will submit its probe report in the House on first day of next assembly session.

Journalist Abhijit Iyer Mitra, an aide of former Kendrapara MP Baijayant Panda, had made derogatory comments on the Sun Temple and Odisha culture in a series of posts on his Twitter handle following his visit to Odisha with the former parliamentarian on the latter’s chopper. It drew sharp criticism from people and politicians cutting across the party lines.

The House also witnessed uproar by the members of both ruling and opposition parties over the issue following which the Speaker approved a proposal on forming the House panel for an inquiry into it.

Breach of privilege: Iyer appears before House panel for 2nd…