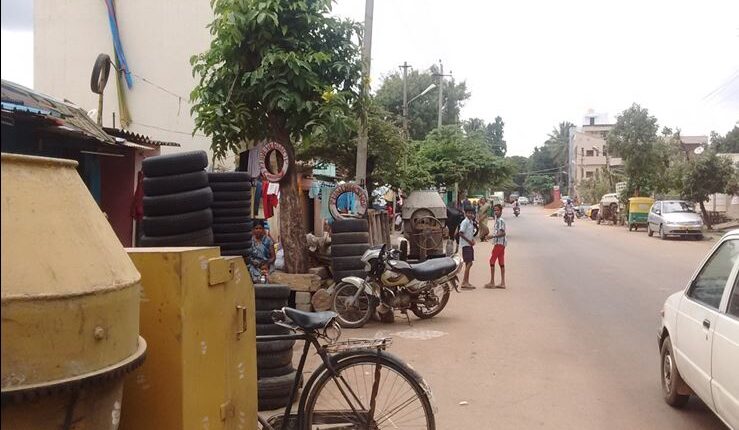 For the past several decades, the emphasis in urban planning, governance, and the law has limited itself to providing rights to citizens, and to provide legal remedies when those rights are infringed or likely to be threatened. Yet, we have achieved limited success with these approaches, given our history and institutional culture. Recent movements worldwide are gradually moving from The Right to the City (the political) towards basic human rights (the socio-legal), as seen in many parts of the global south and north alike.

If we begin to politicize the street by situating issues of the street in various local political and cultural contexts, different issues take attention. A key factor in the Indian city is the element of temporality, something that our master plans easily miss or choose to willfully dismiss. A lot of commercial activity in the streets is related to urban-rural migration patterns, and hence rural agrarian issues influence short-term migration. India is nearly 60 % urban for most of the year, and slightly lesser for the rest of the year. This is because many in the rural areas come into urban areas during the non-sowing months to take part in urban life; and return back to tend to their agricultural fields during reaping months. These are temporary workers, who negotiate the city through temporal spaces, with livelihood-centric strategies motivated by survival and financial growth. Many of these migrants stay back in cities to settle down for generations, while others simply continue these patterns. Historically, master plans have not considered this temporality in our plans, a key limitation that remains still.

In the post-liberalization era, the rising middle class combined with international attention towards participation has resulted in calls for more equitable urban spaces in cities. Recent ‘smart’ and ‘green’ turns in planning have resulted in the evolution of new forms of urban imaginaries never seen in Indian cities before. Within the issue of participation, there is now widespread recognition that informal settlements are now at the heart of any planning possibility, due to their high vulnerability which is further exacerbated by uncertainties related to climate change. In short, the future battles against the climate crisis, in the global southern cities such as in India, will be won or lost in the informal settlements in urban areas where some of the most vulnerable communities reside, illegally in the eyes of local municipalities.

Some argue that the solution to dealing with this crisis of housing shortage and right to the city is to provide tenure to those residing in these informal settlements. However, experience shows otherwise. In similar contexts in large cities in India and parts of Africa, providing tenure has proved to be ineffective in the long run – often failing due to local corruption, favoritism, non-cooperation by informal residents to chose to create further slums and squatters or simply due to lack of trust between the state and people. A key gap that has always existed in these slum redevelopment and displacement schemes is its non-recognition of the livelihood of the residents whom it seeks to affect. Tenure provides decent security in the city, but it does not change the nature of political participation in the city of the informal residents. So, although sometimes slums are regularised, yet they remain spaces of discrimination and apathy, rendering the residents to continue to remain as second class citizens, often at the receiving end of the prejudice of groups that claim legitimacy in the city.

If we want inclusive spaces, an alternate framework that puts the livelihood of the informal residents at the center of planned imaginaries is necessary and possible. Streets and public spaces can by design include spaces where informal businesses can thrive, not necessarily moving them to some ‘pocket’ of previously dead space so that cars can move about freely. Slum redevelopment schemes, similarly, need to take into account structural support mechanisms for residents who are at risk of displacement – through opportunities to continue to have access to pluralistic public spaces (where the formal and informal interactions and thrive together). Having rights in a city are not enough, livelihood holds key to vulnerable communities’ adaptability in the short, and resilience and sustainability in the long term.

The writer is an architect, urban and rural planner by profession. An IIT Roorkee and CET, Bhubaneswar alumnus. He is currently pursuing his doctoral research at the School of Urban and Regional Planning, University of Alberta, Canada. At present, he is researching the role of people, power and politics in climate action in cities in Odisha. When he is not working, he engages himself in reading books on politics, doing street photography, and cooking. He can be contacted at [email protected]