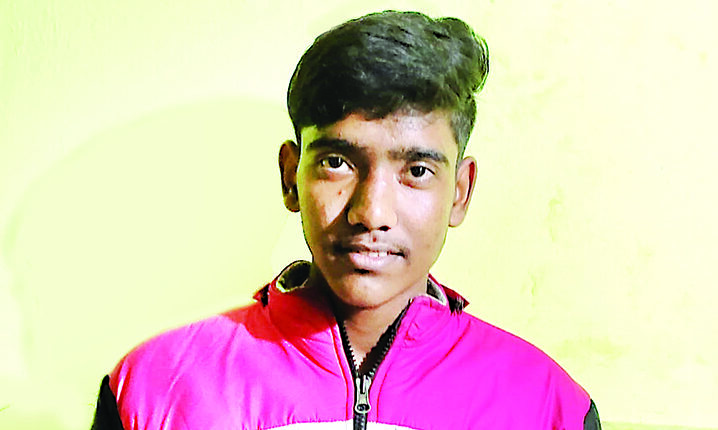 Bhubaneswar: It was bravery on the part of 16-year-old Subhrajit Sundaray that prevented a loot of Rs 2.5 lakh in Balianta area on the outskirts of Odisha capital, yesterday.

The boy chased and intercepted the looter on his own, displaying immense courage despite being a minor.

As per reports, Subhrajit, who hails from Gotalabindha village under Satyabhamapur panchayat in the area, was withdrawing money at an ATM kiosk located near a fuel station on Rangabazaar-Brahmanasarangi road, during which the miscreant came from behind and noticed the secret PIN of the debit card while the boy was entering the 4-digit number.

The looter snatched away the ATM card from the possession of Subhrajit and fled the spot on a motorcycle. Subhrajit’s mother Gunei Sundaray, who was present outside the ATM kiosk, tried to stop the robber but in vain as he pushed the woman, making her fall on the ground.

The minor boy, a student of Sivananda Centenary Boys’ High School in Khandagiri, then chased the looter on a motorcycle for around 2 km. He managed to kick the wrongdoer’s two-wheeler while it was in motion, as a result of which the miscreant fell from the vehicle.

Soon, locals rushed to the spot, nabbed the robber and thrashed him before handing him over to cops. The Balianta police have arrested the accused on the basis of a complaint lodged by Subhrajit’s father. A case has also been registered by police in this connection.

Worth mentioning, the bank account had deposit of around Rs 2.5 lakh.