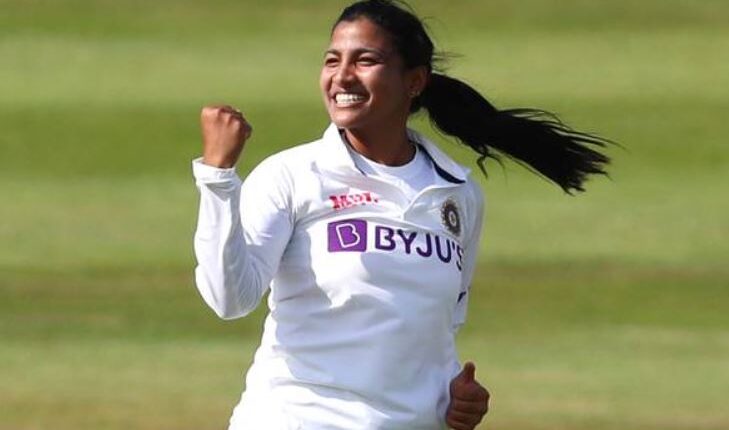 Bristol: Debutant off-spinner Sneh Rana, whose three-wicket haul helped Indian women’s team make a late comeback on the first day of the one-off Test against England, dedicated her performance to her father who died two months ago.

“I lost my father two months back. I lost him just before this team was announced. It was difficult, it was a bit emotional moment (when she stepped onto the field) because he wanted to see me play again for India. Unfortunately he can’t. But it is fine, part of life,” said Sneh who picked 3/77 in her first Test which was also her first international in five years. England, who were 230/2 at one stage, ended the day at 269/6.

“I had suffered an injury due to which I was away from cricket for one year. But I have been playing domestic cricket and performing, thanks to which I am making a comeback,” the 27-year-old told the media.

Sneh said she knew she would get to play in the XI before the match and was told by the team management in the team meeting about it.

“When we had our team meeting before the match, I got to know I will play. I was interacting with the coach and the captain and discussing strategies and plans on how to bowl, especially in Test matches. Test debut is different,” she said.

Sneh said India have the advantage since they are playing without pressure and have nothing to lose.

“If we play like we have nothing to lose, we will perform well. My point of view is that we should never take pressure, whether we are playing in their condition or country. Experience in our team is such that we can play in any condition.”