How Odisha is emerging as sports hub of India 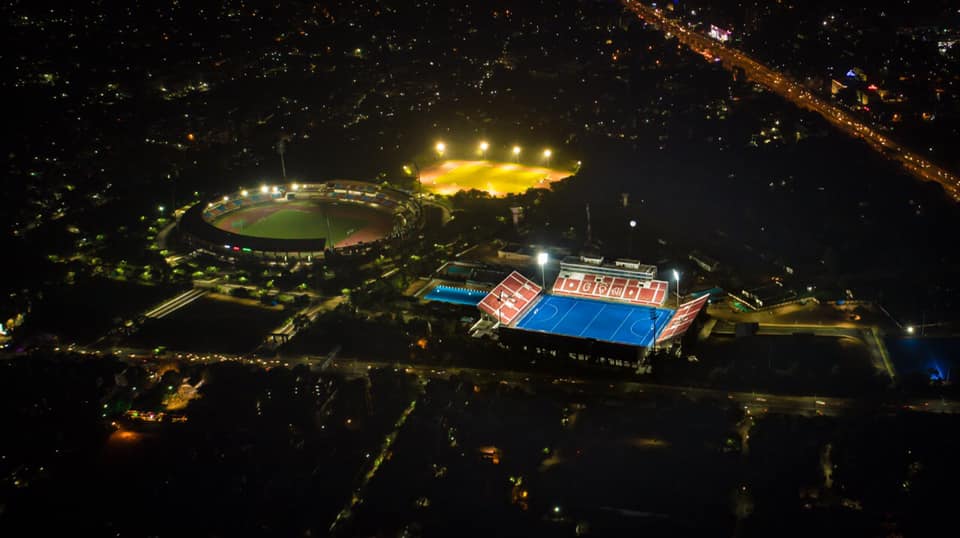 Bhubaneswar: Today, if someone talks about sports especially hockey in India, perhaps he/she will not forget to mention Odisha because the eastern state has been emerging as a sports hub of the country. Many people have also started calling Bhubaneswar as the sports capital of India.

A decade ago, people outside Odisha only knew about athletes only when it came to sports, and, at maximum, people know about the Barabati Stadium, where few international cricket matches were hosted.

Though the Kalinga Stadium was there in Bhubaneswar, people were not aware of that because the platform was confined to the training of local athletes. But, now, this stadium has become a centre of excellence for the country’s sports personalities.

At the same time, the state government has also substantially increased its funding towards sports. It had allocated nearly Rs 100 crore in its annual budget for 2016-17, which has increased to Rs 301 crore in 2020-21. This year (2021-22), Rs 400 crore has been allocated to the sector. Apart from the budgetary allocation, the infrastructures developments are being taken up on funding from other departments and agencies.

The growth of Odisha as a sports hub or the sports capital did not happen overnight, but a strong effort was made over a period of seven to eight years.

Since then, the state government never looked back when it comes to sports. The state had successfully hosted many national and international sporting events in hockey, athletics, women’s football, rugby and table tennis.

In 2014, Bhubaneswar conducted the Hockey Champions Trophy. In 2015, the Indo-Japan Hockey series was organised in Bhubaneswar. Later in 2017, the final of FIH Hockey World League was conducted.

Just three months before the 22nd Asian Athletics Championships, the Jharkhand government had withdrawn from its assurance to host the event. It was Odisha, which came forward and successfully organised the mega sporting event taking it as a 90 days challenge. The state has earned praise from various quarters for making the event very successful.

These are the two examples, which show how much the importance the Patnaik government is giving to sports.

In the meantime, the state government has taken up several sports infrastructure projects in various places of Odisha.

In 2018, Odisha government had announced the establishment and setting up of 11 High-Performance Centres (HPCs) in 10 sports disciplines with the aim to develop elite athletes and strengthen the sporting landscape in the State.

Odisha has also set up 16 sports hostels in 15 districts, and each of them runs training and coaching programme in multiple sports curriculum for around 1,250 budding talent who are identified and selected from a state-wide talent identification programme, especially conducted in interior pockets with support from gram panchayat and block officials, coaches and talent-spotters, associations and District Sports Officers. There is a strong talent pathway for athletes into the high performance centres too.

Speaking about other sports infrastructure projects being taken up by the State, Odisha Sports Minister Tusharkanti Behera said that Bhubaneswar already has the iconic Kalinga hockey stadium with about 15,000 seating capacity, while the Birsa Munda International Hockey Stadium at Rourkela in Sundergarh district is being developed at an estimated cost of Rs 112 crore, over 15 acres of land.

The Men’s Hockey World Cup 2023 will be hosted in both Bhubaneswar and Rourkela. The government is also setting up another 20 hockey training centres at different places at a cost of Rs 200 crores, he said.

Recently, the Odisha Cabinet approved the construction of 89 multi-purpose indoor stadiums at a total project cost of Rs 693.35 crore to be completed over the next 18 months, Behera said.

“The stadiums will have facilities for playing badminton, table tennis, yoga, gymnasium, etc. The indoor hall space can be utilised for most of the indoor games and can be converted as per the local popularity of various indoor sports,” the Minister further said.

Odisha has a rich talent pool and the Sports and Youth Services Department conducts state-level training camps for under-18 athletes for Khelo India Youth Games and National Championships.

Currently, the training camps are ongoing for weightlifting, kho kho, judo, yoga, while the leading Odia gymnasts are being provided support at their training centre. The training camps for mallakhamb and cycling will commence soon, he added.

“The state has not only given priority to hockey only, but also it is giving emphasis to others sports also. Recently, the State has decided to set up indoor stadiums in the urban areas, which will encourage youths towards sports,” said sprinter Dutee Chand.

The high performance centres will also help the budding athletes for early recovery of any injury, she said.