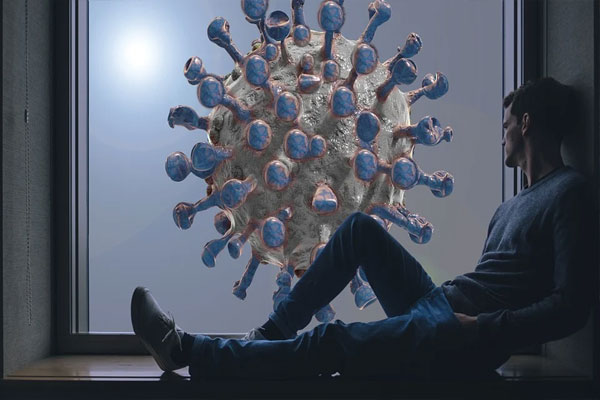 Toronto: While countries prioritised stricter policies that attempted to control Covid-19 transmission, restrictions on daily routine life with lockdowns had a significant impact on mental health during the pandemic, according to a study published in The Lancet Public Health.

An international research team, led by Simon Fraser University in Canada conducted a global study on countries’ responses to the pandemic. They found there have been worse mental health trajectories in countries that attempted to control Covid-19 transmission with stricter public health restrictions, such as Canada, than those which tried to suppress or eliminate Covid-19 transmission.

The survey data was collected from 15 countries between April 2020 and June 2021. Countries were grouped into two categories: those that sought to eliminate Covid-19 transmission and those that aimed to mitigate or reduce the spread of the virus within the country.

Mitigator countries such as Canada, France and the U.K. were less strict about travel and relied more on physical distance, gathering restrictions and stay-at-home requirements.

These measures restricted social connections and were associated with greater psychological distress, lower life evaluations and a lower opinion of the government compared to people living in eliminator countries.

“Governmental responses to the Covid-19 pandemic have been widely debated,” said Lara Aknin, psychology associate professor at the varsity.

“At first sight, it may seem that eliminator countries implemented much harsher strategies than other countries because of their widely reported international travel bans. But, in reality, people within these borders enjoyed more freedom and less restrictive domestic containment measures overall than citizens in mitigator countries,” she added.

The researchers said that effective policies to contain the pandemic must be accompanied by strategies and resources to address the adverse impacts on mental health.

For future pandemics, the researchers suggest governments could prioritise policies that reduce virus transmission but impose fewer restrictions on daily life, such as restricting domestic travel instead of restricting gatherings.

They suggest an elimination strategy, with timely use of testing and contact tracing could minimise deaths without requiring more restrictive policy measures to contain viral spread.

Justin Lin will not direct ‘Fast and Furious 10’