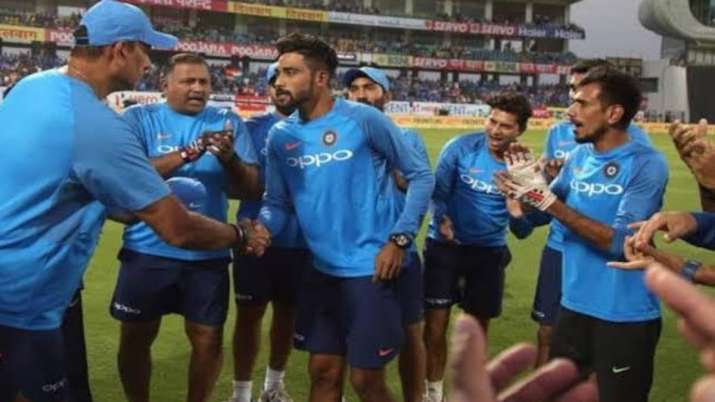 Mumbai: India speedster Mohammad Siraj has revealed that a few words of support and encouragement from India team coach Ravi Shastri in Australia last year made him change his mind on returning to India after his father’s death. One crucial Shastri line to Siraj was: “You play the Test match. You will get five wickets as your father’s blessings will be with you.”

Siraj said captain Virat Kohli, also his skipper at the Royal Challengers Bangalore, and bowling coach Bharat Arun besides Shastri, supported him after his father’s death on November 20.

“Ravi sir came to me and told [me] tu test match khel, dekh tereko paanch wickets milega. Tere Daddy ka dua teray saath hoga (you play the Test match; you will get five wickets. Your father’s blessings will be with you),” Siraj told ABP news.

“Match ke baad Ravi sir ne bahut khush hokar bola: tujhe bola tha na paanch wickets milega (I told that you will get five wickets). I became very confident after my coaches encouraged me in such a way,” he said.

When Siraj, who was in the Test squad, received the news of his father’s death on November 20 he was apparently indecisive. The four-Test series was to begin on December 17, and there was the crucial question of quarantine due to Covid-19.

However, words of motivation from Kohli, Arun, and Shastri, made Siraj stay back in Australia.

Siraj bagged five wickets for 77 runs on his Test debut in the second Test in Melbourne. And in his third match, he captured a five-wicket innings haul in Australia’s second innings in the fourth and final Test in Brisbane. India won that match and registered a historic 2-1 series triumph.

In the early hours of Thursday, Siraj, 27, left for England with the Indian team for the World Test Championship final against New Zealand and a five-Test series against host England.

Siraj has so far captured 16 wickets in five Tests and three wickets in three T20 Internationals.

Low Pressure over BoB off Odisha-Bengal coast from June 11-17!

Over 10 lakh doses of Covid vaccine administered in Odisha…