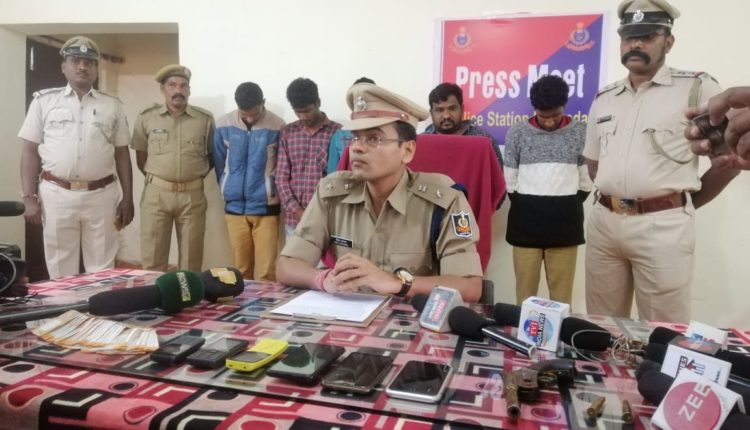 Acting on tip-off, a team of police officials intercepted the vehicles on the way near a Railway level crossing. They stopped the vehicles and conducted searches in presence of Executive Magistrate and Drug Inspector Nuapada Range.

During search, the police officials found 37 cartoons packed with Eskuf cough syrup from the pick up van and car. They sized 5920 bottles of cough syrup worth around Rs 7 lakh as well as the vehicles.

The officials also seized a pistol with bullets, cash of Rs 6,000 and six mobile phones from possession of the five accused persons including the driver.

All the five have been booked under section 21(c) of NDPS Act and sections 27(b)(ii) and 28 of Drugs and Cosmetics Act 1940 and r/w 25 Arms Act, the Nuapada police said in a release today.