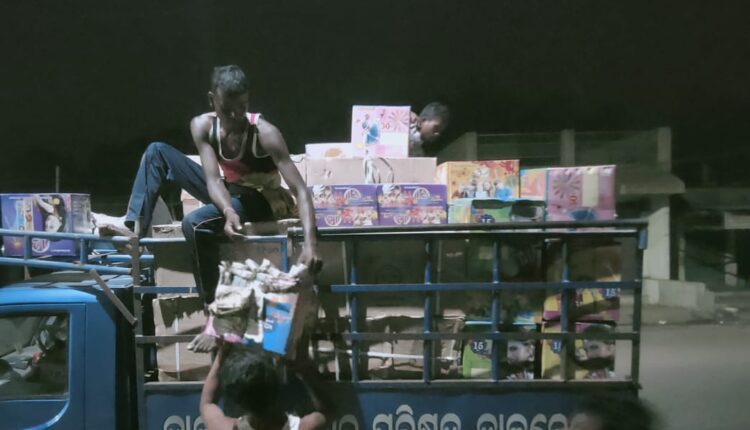 Angul: Hours after Odisha Government banned sale and bursting of firecrackers on Diwali this year, police seized a huge cache of crackers from a house near a market complex in Talcher of Angul district yesterday night.

The firecrackers worth around Rs 25 lakh were recovered during a raid at a house owned by a person namely Tima Sahoo.

8 Insta-inspired Rangoli ideas for you this Diwali

Acting on a tip-off, a team of Talcher Police had conducted raid on the house in presence of Sub-Collector Rajanikant Swain, Talcher Municipality Executive Officer Atasi Parida and Tehsiladar Gauri Nayak at 9.00 am on Tuesday.

Source said that the firecrackers were stored at the house for the purpose of sale during Diwali.

The huge quantity of fireworks was seized from the house, which is situated near an ATM counter, a coaching centre and many private shops.

The firecrackers were said to have been brought to the house in two or three heavy vehicles. The seizure raised question on surveillance by administration to check illegal manufacturing and sale of crackers ahead of Diwali.