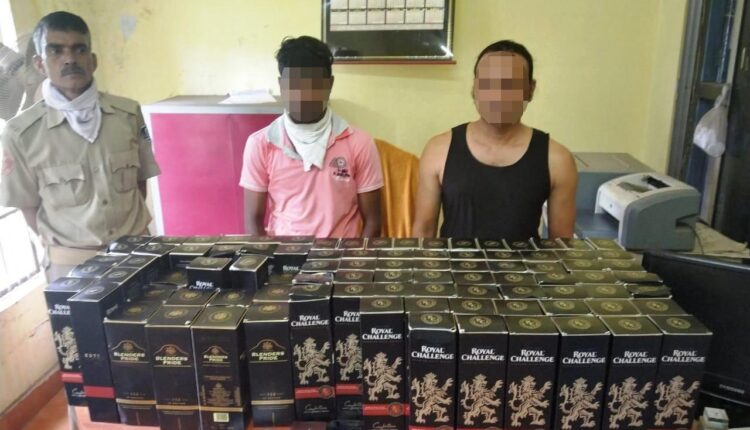 Bhubaneswar: Police today seized a huge cache of Indian-made foreign liquor during raid in Bhubaneswar and arrested two persons in this connection.

The accused persons have been identified as Basudeb Dash (38) of Bhubaneswar and Debasish Mohanty (25) of Raghunathpur area in Jagatsinghpur district.

Acting on a tip-off, a joint team of QAT and Sahid Nagar Police conducted raid at Jayadev Vihar on Monday afternoon and apprehended two accused persons. During the raid, the police seized a total of 67.5 litre Indian-made foreign liquor contained in 90 bottles. They also seized Rs 3790 cash, two mobile phones and one SUV from their possession.

A case has been registered under section 52(a)(i) of Odisha Excise Act and the investigation is underway, the Commissionerate Police said in a release.

Section-144 clamped near all quarantine centres in this Odisha district