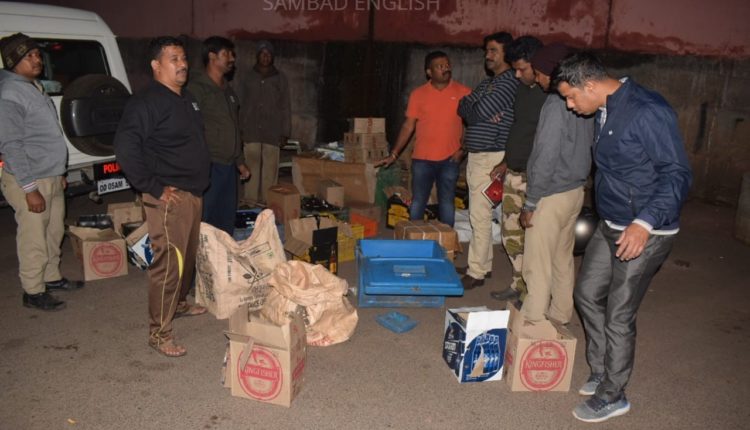 According to police sources, the Special Squad and Laxmisagar police conducted a joint raid at two houses near Station Bazar here and seized around 617 bottles of foreign liquor and Aska 40 .

The value of the seized liquor is estimatedly more than Rs 4 lakh, sources said, adding that the sellers have been identified and will be arrested soon.

Over 200 cartons of liquor seized in Odisha’s…