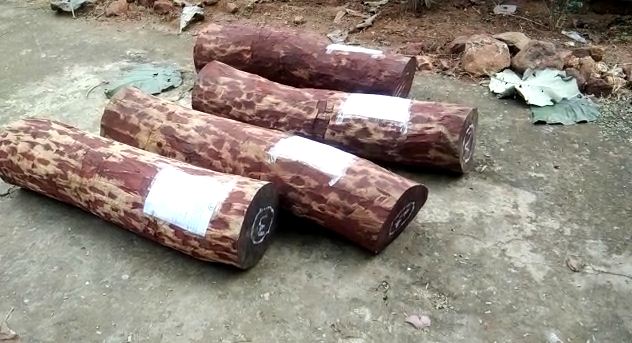 Paralakhemundi: Police have seized around 200 kg of red sandalwood near Kosamala village in Andhra Pradesh and arrested three smugglers, including two from Odisha, in this connection.

The arrested have been identified as Sheik Salim and Ketan Pani of Paralakhemundi, and Srinivas Rao of Andhra Pradesh.

Acting on a tip-off regarding the smuggling of the red sandalwood in a car from Labanyagada area in Gajapati district, Pathapatnam police intercepted the vehicle.

“The vehicle was on its way to Visakhapatnam. The accused said that the red sandalwood was supposed to be sent to Delhi,” a police official said. A case has been registered in this matter and an investigation is underway.

Cops have also seized the particular car from the possession of the accused.