Huge iceberg on verge of breaking away from Antarctic shelf

ENVIRONMENTMISCELLANY
By Biswajeet On Jun 3, 2017 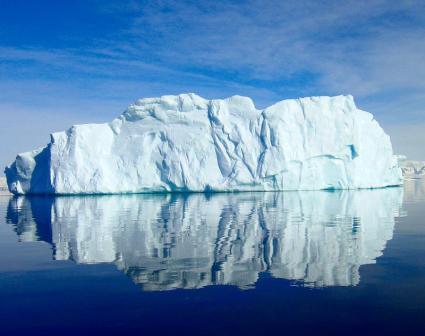 A big crack in a giant Antarctic ice shelf has grown by 17 kms in a week and is now only 13 kms from the ice front, indicating that calving of a huge iceberg is probably very close, researchers have revealed after studying the latest satellite data.

The rift in the Larsen C ice shelf is likely to lead to one of the largest icebergs ever recorded.

It is being monitored by researchers from Britain’s Project Midas, led by Swansea University.

“In the largest jump since January, the rift in the Larsen C Ice Shelf has grown an additional 17 km between May 25 and May 31 2017. This has moved the rift tip to within 13 km of breaking all the way through to the ice front, producing one of the largest ever recorded icebergs,” said Professor Adrian Luckman, head of Project Midas.

“There appears to be very little to prevent the iceberg from breaking away completely,” Luckman said in a statement released by Swansea University on Friday.

Larsen C is approximately 350 m thick and floats on the seas at the edge of West Antarctica, holding back the flow of glaciers that feed into it.

“When it calves, the Larsen C Ice Shelf will lose more than 10 per cent of its area to leave the ice front at its most retreated position ever recorded; this event will fundamentally change the landscape of the Antarctic Peninsula,” Luckman said.

The team said they have no evidence to link the growth of this rift, and the eventual calving, to climate change.

However, it is widely accepted that warming ocean and atmospheric temperatures have been a factor in earlier disintegrations of ice shelves elsewhere on the Antarctic Peninsula, most notably Larsen A (1995) and Larsen B (2002).

Having late night meals? You are at risk. Know why