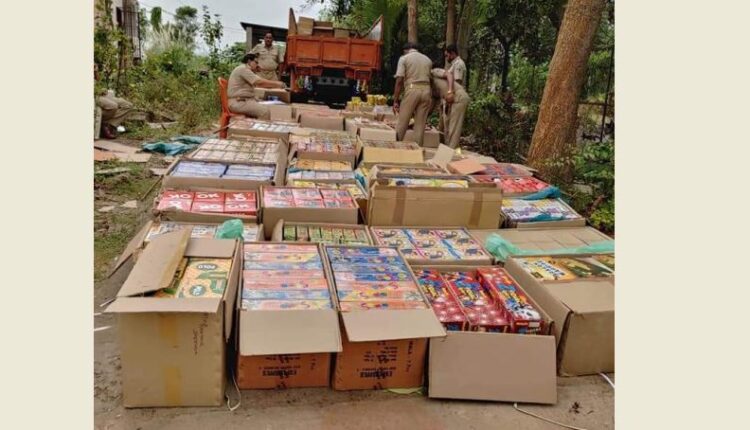 Dharakote/Paralakhemundi: Ahead of Diwali, huge quantity of firecrackers were seized in different parts of Odisha. As the Odisha government banned the sale and use of firecrackers in the State from November 10 to 30, the police today seized a truck-load of crackers in Ganjam’s Dharakote area. The driver of the truck escaped from the spot during the raid.

Acting on reliable information, a team of police officials searched a truck near Mundamarai College in Dharakote. More than 100 packets of firecrackers were recovered from the truck. Meanwhile, driver of the truck managed to escape.

A police official said market price of the seized firecrackers is more than Rs 50 lakhs. After registering a case at the Dharakote police station, police launched a probe. Investigation into the matter is on to find out to which place the firecrackers were being transported and who are involved into it, the police official added.

Similarly, the Gajapati district administration swung into action after getting a tip-off on firecrackers trade at a tractor showroom premises in Rashipentha in Paralakhemundi.

This Odisha district announces reward for info on sex determination