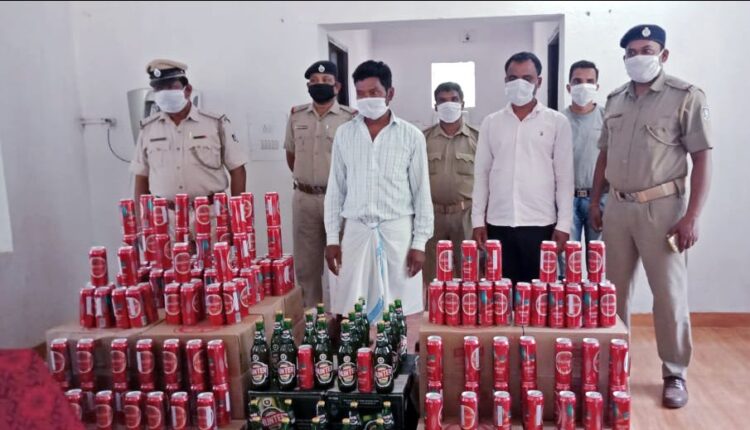 Balangir: In a crackdown against the illegal liquor sale, the Patnagarh police today seized a huge quantity of liquor stocked illegally at a house. Two persons were also arrested for their alleged involvement in selling of liquor in an illegal manner.

Acting on a tip off, a team of police personnel of Patnagarh Police Station raided a place. During the search, the police team detected 780 bottles of foreign liquor and seized them.

Two persons, who were present at the spot, were arrested for their involvement in illegal liquor sale. This apart the police seized a vehicle during the raid.

Fourth phase of battle against COVID-19 in Odisha is crucial: Bagchi

Odisha cautions foreign returnees against not picking up calls from 104