Human-Elephant Conflict: What’s the way out 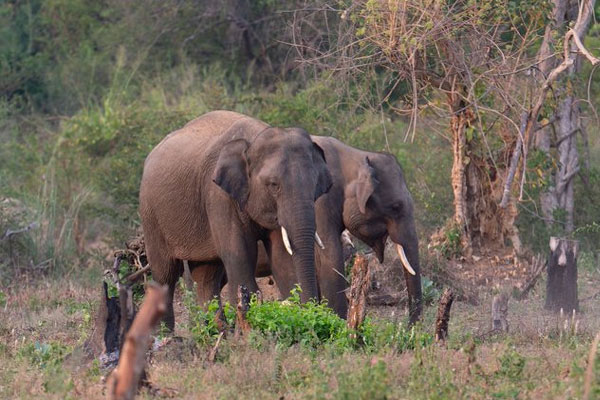 Bhubaneswar: Humans and animals have co-existed since the beginning of time; sometimes peacefully and sometimes not. That’s how social environments functioned.

With rapid urbanization and modernization, the natural harmony that once existed among humans and animals began to shudder giving rise to several crises, one of which is Human-Elephant Conflict (HEC).

World Wildlife Fund (WWF) once explained Human-Elephant Conflict is a result of habitat loss and fragmentation. Such interactions, when turn violent, claim lives from both sides.

As per media reports, between March 2021 and January 2022, as many as 97 people were reported dead and 96 others sustained injuries due to Human-Elephant Conflict (HEC) in Odisha.  Out of the 97, 21 deaths were recorded in Sundargarh and 12 were from Keonjhar where large-scale mining activities are undertaken.

On the other side, as many as 611 elephants died in Odisha between April 2014 and January 2022. Out of this sum, 191 were unnatural deaths mostly due to electrocution, poaching, poisoning and accidents on railway tracks or roads. The cause of deaths of 143 others could not be ascertained for the carcasses had already decomposed.

In the last decade, there has been an abrupt rise in HEC. Studies have suggested, this is majorly due to inappropriate land-use practices like permanent human settlements, growing food crops adjacent to elephant rangelands, degradation or fragmentation of habitat, blocked traditional routes, poaching, and limited access to water.

People access forests for various day-to-day activities like collecting non-timber forest produce (NTFP) like berries, mushrooms, medicinal plants, firewood, leaves, toothbrush sticks, etc, to approach roads through the forest areas. Other than these, the prevalence of open defecation near the forest and open fields could cause fatalities due to elephants. At several places, forests are being cleared to construct buildings, industries and roadways.

Whenever a human habitat is demolished, the government aids their relocation and settlement. But, when a forest which homes several wild animals including elephants, is cleared for purposes that oblige to human necessities, there is no option to relocate or reimburse the latter.

With converging green belt, scarcity of food and shed, elephants barge into their nearest human settlements and the conflict breeds.  Whether the elephants are pushed out of their habitat or attracted to the habitation area, they eat and trample over crops, damage houses attempting to reach their preferred food, and sometimes cause human casualty/injury in accidental encounters. In such circumstances, elephants also fall prey to people’s retaliation, get electrocuted, or face fatal accidents on roadways and railway tracks.

Medha Nayak, Doctoral student in the School of Humanities and Social Science at NISER-Bhubaneswar talked to Sambad English about her research on HEC. During her field work, she said to have come across several villagers who complained that earlier, elephants used to enter their farm lands only during the harvesting of Kharif (monsoon) crops. But, now they arrive at any time of the year and damage Rabi (winter) crops and often break the lift irrigation points.

“What people perceive as a solution in one place might be disregarded in another, and what might have worked somewhere might have a completely different effect elsewhere. Hence, the measures of mitigation or conservation efforts should be locally appropriate. For this purpose, it is also essential to integrate local meanings and concerns related to elephants,” wrote Medha.

Keonjhar district has significant presence of elephants. On being asked if mining of minerals in the area could have contributed to increasing human-elephant conflict in the area, she said, “Of course. Mining or stone quarrying directly destroys animal habitats. Of course mining generates local economy but it could also be done in a sustainable manner. Identifying the right spot for mining is also important so the elephants and other animals don’t fall prey to the repercussions. Proper implement and supervision are equally important.”

Talking about ways to minimize HEC, Medha narrated, “Recognizing that humans and elephants are mutually entangled and interdependent elements of an elephant-range landscape where they are continuously affected by each other on multiple accounts, integrating ecological and human dimensions in prioritizing conservation patterns is crucial to achieving optimal conservation.”

“An array of reasons for tolerance towards elephants, which can be explored further by researchers and positively aid policy development. Such community-based qualitative insights would help conservation managers, policymakers, and conservationists to predict and design interventions more likely to be supported by the affected people, thereby preventing or reducing HEC and fostering coexistence. Besides, interventions can be more appropriately designed and implemented when the contexts of these perceptions and preferences are understood,” she said.