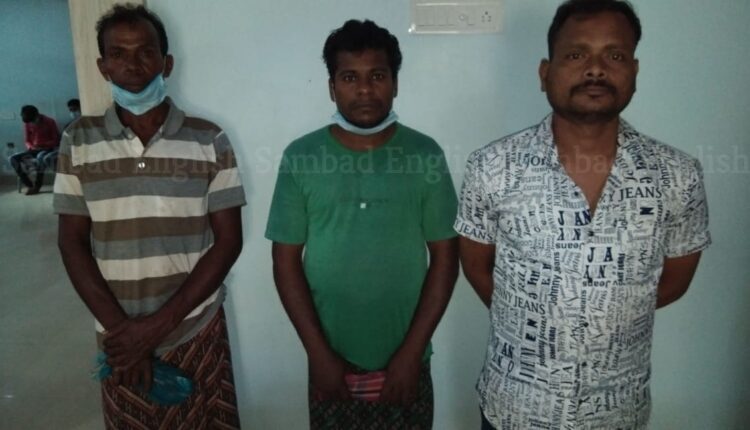 Ganjam: A human sacrifice bid was foiled in Odisha’s Ganjam district due to timely intervention of locals. While police arrested three accused for allegedly trying to kidnap a minor girl and seized two swords and one motorcycle from their possession, five others managed to give the police a slip.

Officer-in-Charge of Aska Police Station, Prashant Kumar Sahu said taking a cue from rumours in Surat of Gujarat the accused were trying to kidnap and sacrifice the minor girl to become crorepati.

One Swarajya Gauda lives with his father and two sisters in Chasapitala village under Aska police limits in Ganjam district. On September 3 evening, Chitrasena Tarai and Panchu Gauda of the village and Sadhu Amiya Kumar Swain from neighbouring Ramachandrapur village along with their five associates reached Swarajya’s house. They demanded to handover Swarajya’s minor sister.

A team of police also reached the village after being informed and arrested Chitrasena, Panchu and Sadhu Amiya. However, the police failed to nab the five associates of the three prime accused.
Investigation is on and other accused will be arrested soon, the police official added.