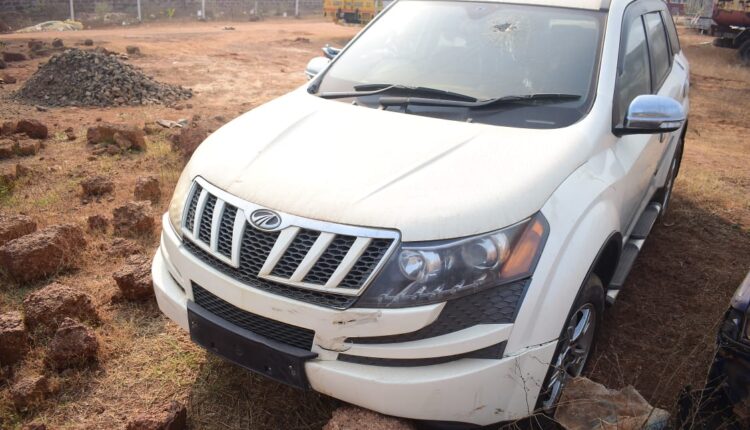 Bhubaneswar: With the mystery is still shrouding the death of a woman whose skeleton was found inside a seized vehicle on premises of Janla Police Outpost under Jatni police limits, the skeleton has been sent to Hyderabad for skull mapping, informed Commissionerate Police today.

“The skeleton has been sent to Hyderabad for skull mapping examination and the report is awaited,” Police Commissioner Saumendra Priyadarshi told reporters.

He said that the police is yet to ascertain the identity of the deceased woman.

When asked about the torn up love letter recovered from the site as well as rape aspect, Priyadarshi said, “We are investigating all aspects of the case.”

Clarifying about delay in suspending Janla Police Outpost In-charge in connection with the case, he said, “The skeleton was found on February 12, 2021. As the incident occurred on the outpost campus and the investigation was underway, the departmental action was taken against him for dereliction in  duty after a few days.”

Detailing about the case, he said that the AIIMS Bhubaneswar in its post-mortem has clearly mentioned the cause of death of the woman.

“Initially, the investigation was made in an unnatural death case after recovering the skeleton. The post-mortem conducted by a team of doctors at AIIMS Bhubaneswar revealed that the woman was suffering from Tuberculosis and her death appears to be natural. The possible rape aspect would be cleared from the post-mortem report rather than investigation. Because we have undertaken matter very seriously, the unnatural death case was handed over to the Mahila Police IIC for further investigation.”

The skeleton recovery from a seized SUV on premises of Janla Police Outpost came to fore on Saturday raising questions in galore.

Bhubaneswar DCP Umashankar Dash said that the Janla Outpost In-charge has been suspended for gross negligence of duty as the skeleton was found inside a seized vehicle abandoned on premises of the outpost since 2019.

Sketch of unidentified woman to be widely circulated: Odisha…