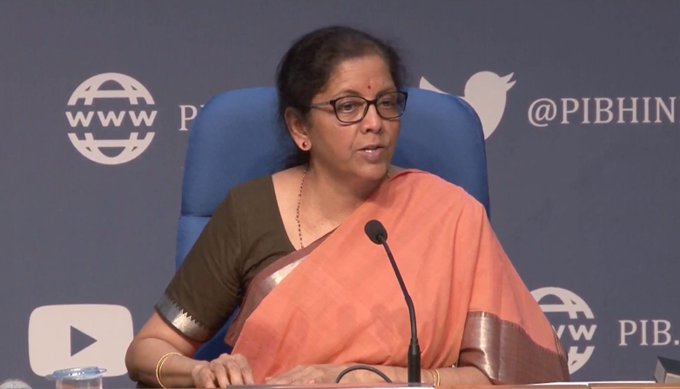 In the Budget, the government has trumpeted that the total financial impact of all Atmanirbhar Bharat packages including measures taken by RBI was estimated to be about Rs 27.1 lakh crores which amount to more than 13% of GDP. But this is illusory and deceptive. The budgeted total expenditure of Rs 34.83 lakh crores in 2021-22 amounts to slashing expenditure in real terms (i.e taking inflation into account) when compared to the revised estimate of the previous fiscal. Total budgeted expenditure was pegged at Rs 30.42 lakh in 2020-21 crore and revised upward to Rs 34.5 lakh crore to mitigate the pandemic crisis.

It may be assumed that excess of around Rs 4.1 lakh crore has been spent as a pandemic package. But the increase is mainly due to one-time settlement FCI’s borrowing from National Small Savings Fund (NSSF) so as to dispense with system of off budgeted borrowing. Food Corporation of India (FCI) has been the biggest recipient of off-budget financing through National Small Savings Fund (NSSF) loans. Officials say that as a result of bringing the FCI loans “above the line”, around Rs 1.5 lakh crore has been added to the expenditure estimates for 2021-22 for discontinuation of NSSF loans to the FCI and settlement of FCI’s borrowings from NSSF.

Off-budget borrowings are loans that are taken not by the Centre directly, but by another public institution that borrows on the directions of the Central government. Such borrowings are used to fulfil the government’s expenditure needs but not considered while deciding the fiscal deficit. The fact that overall food subsidy for 2020-21 stands at Rs 4,22,618 crore as against the budgeted Rs 1,15,570 crore. The increased budgetary allocation for food subsidy to FCI only has increased from Rs77,983 crore (BE) to Rs 3,44,077 crore (RE) during 2020-21.

According to official data, the total loan taken from National Small Savings Fund (NSSF) has kept increasing from only Rs 90,000 crore in 2015-16 to Rs 2.53 lakh crore in 2018-19. Similarly, Rs 50,000 crore of the additional expenditure went towards clearing the old dues of the state-owned fertilizer firms. Hence, in reality, the fiscal outgo of Atmanirbhar Bharat packages may be around Rs 2 lakh crore or 1 % of GDP if the money spent to end extra-budgetary borrowing is considered.

The reality is that Finance Minister has ended the practice of extra-budgetary borrowing from the coming fiscal year onwards. This is a welcome step but the surreptitious design of dismantling the public procurement system and the Minimum Support Price (MSP) mechanism in the future cannot be fully ruled out.

However, if there is any increased expenditure to mitigate the pandemic, simultaneously there must be a cut in other social or welfare expenditures. Actually, under several heads such as Home affairs Agriculture and farmer’s welfare, Education, National Education mission Social Welfare, Pradhan Mantri Gramya Sadak Yojana, Women and Integrated Child Development Services, Swachha Bharat Mission, Scientific Departments, Urban Development, Pensions, and Disability Affairs etc. expenditure incurred in 2020-21 was actually lower than the budgeted estimate.

In the case of the Mahatma Gandhi National Rural Employment Guarantee Programme (MGNREGP), the budgetary allocation for 2021-22 has been placed at just Rs 73,000 crore lower than the revised estimate of Rs 1, 11,500 crores in the previous fiscal. It was estimated to be 61,500 crores in 2021-22. The allocation to the Railway Ministry for the coming financial year is Rs 110055 crore in 2021-22 – less than the revised estimate of last year of Rs 111234 crore but more than the budgeted estimate of Rs 72216 crore.

The allocation for the Department of Agriculture Cooperation and Farmers Welfare has slashed 8.5 per cent in 2021-22. The flagship PM-KISAN scheme meant to provide income support to farmers sees a 13 % plunge in its budget, which is Rs 10,000 crore lower than last year’s initial allocation. The allocation for Defence in 2021-22 was Rs 347,088 crore as against the revised estimate of the previous fiscal.

In 2021-22, there is a cut in some social sector expenditures too compared to the previous fiscal. Some expenditure like health has been repackaged to show a higher increase which is wrong. There is much publicity that expenditure on “health and wellbeing “has increased 137 per cent from Rs 94,452 in 2020-21 to Rs 2.23 lakh crore in 2021-22.

But this is technically ambiguous as enhanced allocation includes over Rs 60,030 crore for the department of drinking water and sanitation, and Rs 2,700 crore outlay on nutrition and both of these are handled by separate ministries than Health. It also includes a one-time activity of Rs 35,000 crore for Covid-19 vaccination and Rs 49,214crore as Finance Commission grants for health and water and sanitation.

All these have been clubbed together in the “health and well-being” budget to arrive at the more than doubled spending on healthcare. In Health and Family welfare, the estimated expenditure for 2021-22 is Rs73,932 crore which is 17% higher than the budgeted estimate of Rs 67112 crore of the previous fiscal but 10% lower than the revised estimate of Rs82,928 crore.

The allocation to the education ministry for the coming financial year is Rs 93,224 crore – less than what was initially promised last year ( Rs 99312 crore) but about Rs 8,000 crore more than the revised estimate (Rs 85089 crore ).

However, in the wake of the pandemic and its unequal impact on women, an analysis of the gender budget (GB) reveals certain underwhelming trends. The allocation stands at Rs 1,53,326 crore for 2021-22. Last year’s allocation was Rs 1,43,461 crore. As a proportion of total expenditure, the current allocation has fallen to 4.4 per cent from 4.7 per cent last year.

In the same vein, the allocations to women specific-programmes, reported in part A of the GB statement fell from Rs 28,568 crore last year to Rs 25,261 crore – a decline of almost 12 per cent. Allocations to the Ministry of Women and Child Development also show a decline of 18.5 per cent since last year.

There is much talk of a spike in capital expenditure. But the rise of capital expenditure (Capex) is dubbed as an optical illusion by former finance secretary Gargi Kaul, while the huge amount of expenditure is likely to incur in highway and infrastructure projects of election-bound States, which is anti-federal. Around 60% of government spending goes towards committed outlay such as salaries, pensions, interest payments and subsidies. A Credit Suisse report suggests state governments accounted for the bulk of the Rs 3.3 lakh crore of government cash with the RBI.

Capital expenditure also includes investment by the government that yields profits or dividend in future. Four election-bound states such as West Bengal (Rs 25,000 crore), Assam (₹34,000 crores), Tamil Nadu (Rs 1.03 lakh crore). and Kerala (Rs 65,000 crore), get an allocation of around ₹225,000 crores only for infrastructure projects. Further, there is a rise in the cost-over run due to delay in the competition of projects.

What is a matter of serious concern is that the way, the FM set the intent for a massive borrowing-led expenditure to spur debt-induced growth. This will benefit only the rich and corporate while the burden of debt will be shared by the masses.

This is a grave injustice perpetrated on the masses.

DISCLAIMER: The views expressed in the article are solely those of the author and do not in any way
represent the views of Sambad English.