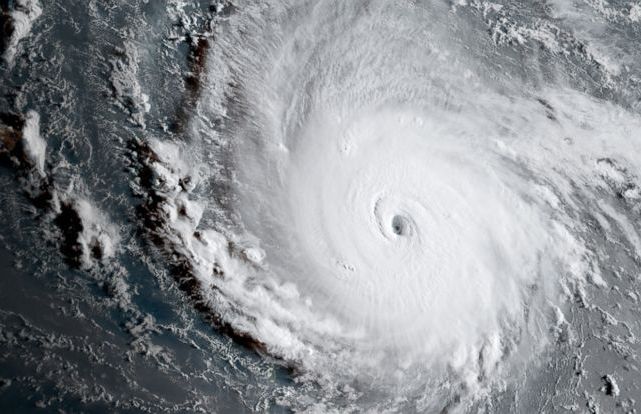 Miami: Powerful winds from Hurricane Irma battered Florida with forecasters warning of dangerous storm surges that will lead to massive flooding across the US state, media reports said.

The massive storm, which had menaced Florida for days and triggered evacuation orders covering 5.6 million people, made two official landfalls on Sunday, reports The Washington Post.

The first, at about 9.10 a.m., was over the Florida Keys, an isolated string of islands. Irma hit them as a Category 4 hurricane, with sustained winds near 130 miles per hour.

After the Keys, Irma crossed over warm waters and hit the US mainland near the beach town of Marco Island.

By 5 p.m., the storm was hitting Fort Myers, moving north toward low-lying, vulnerable Tampa as a still-potent Category 2 storm.

By late Sunday night, Florida officials said there were shelters open in 64 of Florida’s 67 counties – 573 shelters across the state, holding 155,000 people, The Washington Post reported.

The storm’s impact was widespread. Even areas that did not face a direct hit from Irma saw flooding and downed power lines.

In Riviera Beach, on Florida’s east coast, winds partially ripped roofs off two apartment buildings, forcing rescuers to evacuate about 50 people from the complex, according to CNN.

Expected to be even more dangerous than the powerful winds are the storm surges that threaten Florida’s coastal cities.

“The threat of catastrophic storm surge flooding is highest along the southwest coast of Florida, where 10 to 15 feet of inundation above ground level is expected,” the National Hurricane Centre said.

“This is a life-threatening situation.”

Currently, more than 3 million customers are without power across Florida, according to utility companies.

President Donald Trump has signed a disaster declaration that should speed federal funding to damaged areas in Florida.

So far, Hurricane Irma has left 26 dead since it first made landfall on September 6 in the Caribbean islands.

The National Weather Service in Atlanta issued a tropical storm watch for the area Monday and Tuesday. Schools in the state planned to close Monday.

This is the first year on record that the continental United States has had two Category 4 hurricane landfalls in the same year.