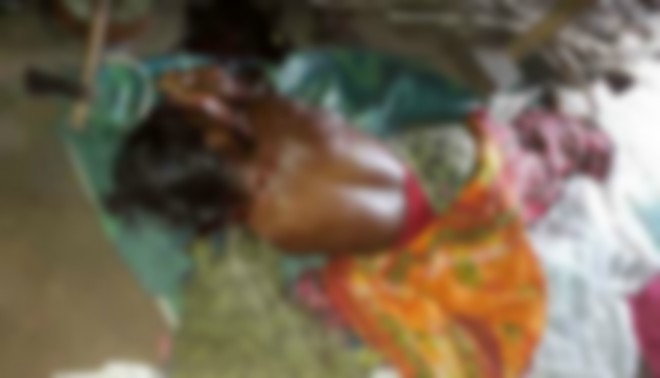 Koraput: In a gruesome incident in Koraput district, a husband hacked his wife to death while she was sleeping.

Police seized the body and arrested the accused husband.

The incident was reported from Adinagar village of Champi panchayat under Lakhmipur block in the district last night.

According to reports, Dasari Kaleka and his wife Utme Kaleka were sleeping at night after finishing their work. The daughter, who was sleeping with her mother found her lying in a pool of blood and her father was standing there with a hatchet.

After hearing cries of children, locals reached the home and fastened the legs of Dasari with rope. Later, they informed police.