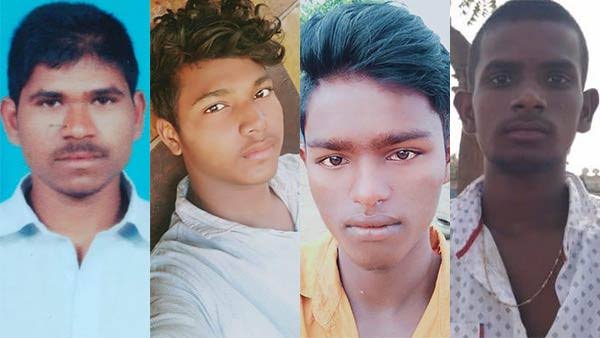 Hyderabad: The Telangana Police on Friday said its personnel resorted to “retaliatory” firing after two of the accused in the rape and murder of a woman veterinarian opened fire at police after snatching weapons from them this morning.

Cyberabad Police Commissioner CV Sajjanar said one of the accused, Mohammed Arif, was the first to open fire, even as the police team that took them to the crime scene were attacked with stones and sticks. The police returned fire after initial “restraint” and asking the accused to surrender, he told reporters here.

Sensational Hyderabad abduction & rape case turns out to be hoax

The snatched weapons were in “unlocked” position, he added. The accused were not handcuffed when the firing took place and the incident happened between 5.45 am and 6.15 am this morning, he said. Detailing the events leading to the exchange of fire, the top official said the police team brought the accused to the location based on their ‘confession’ to recover a cellphone and ‘other objects.’

“…all the four accused got together, they started attacking the police party with stones, sticks, and other material. And they also they snatched away weapons from our two officers and started firing,” he said.

“Even though our officers maintained restraint and asked them to surrender, without listening to us, they continued to fire and attack…our people started retaliation. And in that retaliation four accused got killed,” he said.

The injured, a police sub-inspector and a constable, had suffered head injuries among others and were undergoing treatment, he said. The police were collecting data from other parts of the state, besides Andhra Pradesh and Karnataka on similar cases to ascertain if the four had any role in them, Sajjanar added.