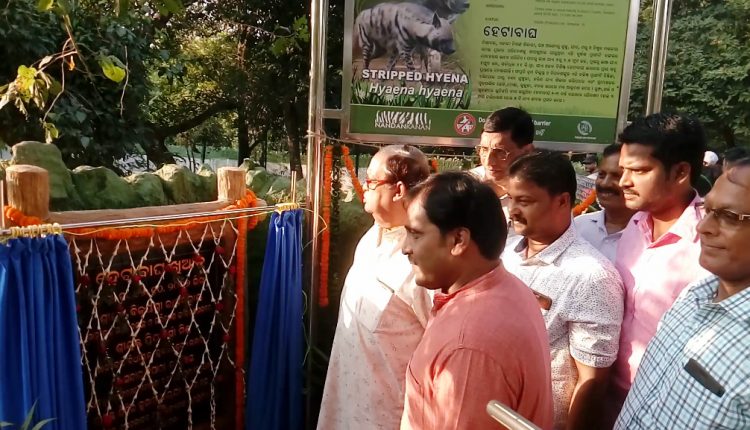 Bhubaneswar: Two newly constructed houses for stripped hyena and a ticket counter for booking Battery Operated Vehicles (BOVs) were inaugurated at Nandankanan, on outskirts of the city here.

Attending a programme on Tuesday, Odisha Forest & Environment Minister Bijayshree Routray inaugurated two houses constructed in enclosure number 25 and 26 following which a pair of hyena was kept in the enclosures.

Built on 1,810 square meter, around Rs 35 lakh has been spent from Nandankanan’s own funds for construction of two hyena houses. There are six food cells inside two enclosures.

Besides, four more houses have been constructed behind two enclosures where the ailing hyenas will undergo treatment.

A house has been constructed for animal guards and a gallery has been built in front of hyena houses for visitors.

The minister also inaugurated a ticket counter for booking battery operated vehicles on the premises of zoo.

“There are several schemes and programmes for the Nandankanan. We are planning to strengthen the wall constructed behind the zoo,” said Routray.

Talking about lone zebra that died recently, he said that the environment in the zoo is not for keeping zebra here.

However, the examinations are underway to make it suitable for zebra, he said.

Further initiative will be taken for bringing zebra after examining the environment, he added.

Tips to not gain weight during Diwali

This exercise can boost brain power