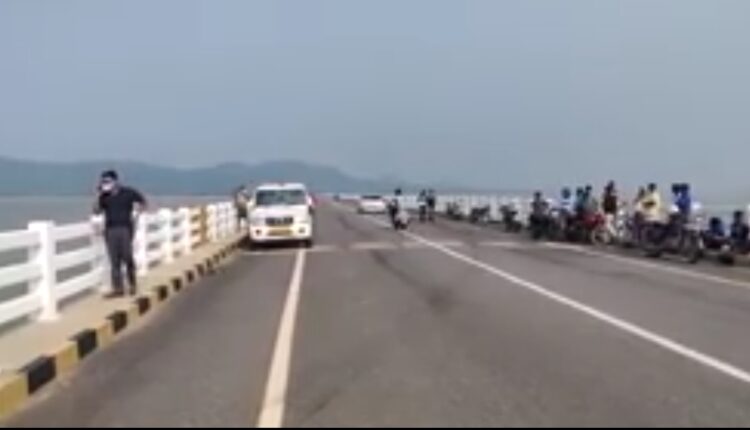 Ib/Jharsuguda: Two youths went missing in Ib river today when a Hyva truck they were travelling in fell off the Rampela bridge over the river. The missing youths were Jitendra Pradhan and Aurobindo Sahu from Barakani village under Banaharapali police limits in Jharsuguda.

While Jitendra and Aurobindo along with driver Aditya Sahu were going in the Hyva truck towards Ib Thermal from Rengali of Sambalpur district, the driver lost control over the vehicle over the Rampela bridge. The Hyva truck skidded off the bridge and fell into Ib river after breaking the cement barriers.

Eyewitnesses said the Hyva truck completely submerged in the swelling Ib river after falling into it.

After receiving information, police and Fire Service personnel reached the spot and launched a rescue operation. While driver Aditya was rescued, the two other youths were missing till the filing of this report.

A police official said Aditya has been shifted to Tata Refractory Hospital after being referred from Jharsuguda hospital.