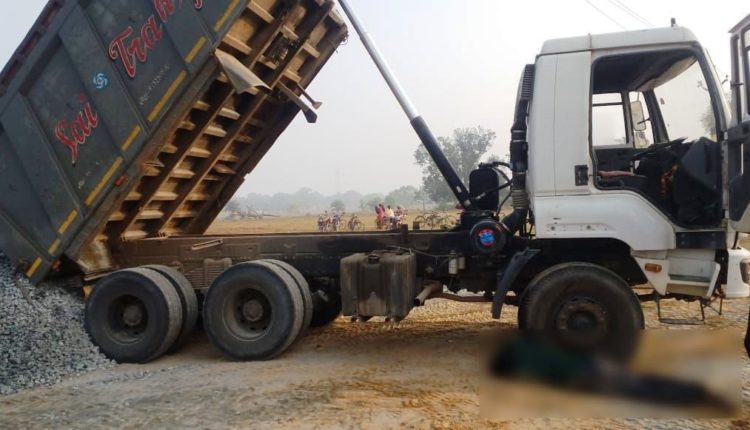 Jharsuguda: A driver of Hyva truck died of electrocution after the vehicle came in contact with a live overhead electric wire at Amati village under Kolabira police limits in Jharsuguda district.

The deceased has been identified as Kailash Behera (37), a resident of Tileimal village under Jamankira police limits in Sambalpur district.

The incident occurred at around 11.00 pm on Thursday.

According to reports, the stone chips-laden Hyva truck engaged for a road construction work on Lunguda-Badamal stretch under Kolabira Police Station had moved to the stockyard at Amati village last night. Kailash, who was in the truck, was electrocuted after the vehicle came in contact with a live wire.

Source said that the container of the vehicle became charged by an overhead power line while unloading the materials.

On receiving information this morning, police rushed to the site and sent the body for autopsy.