I just have to take the team forward from where Virat Kohli had left: Rohit Sharma 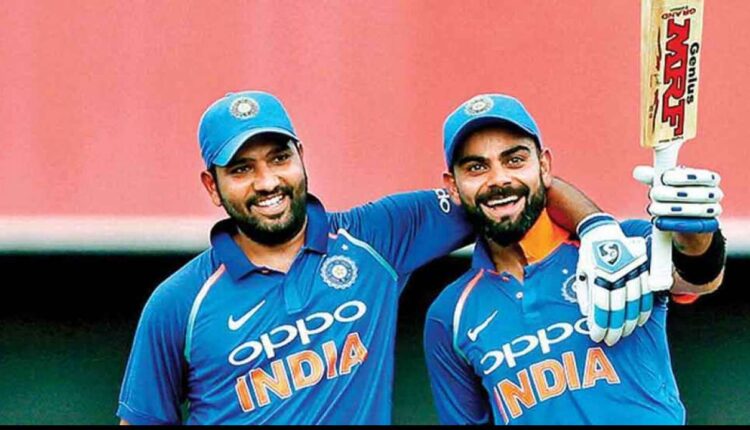 Ahmedabad: India white-ball skipper Rohit Sharma maintains that he needs to carry the team forward from where his predecessor Virat Kohli had left and stressed upon making the players understand their responsibilities in the side.

In December 2021, Kohli was removed from ODI captaincy and Sharma was made the full-time white-ball skipper.

“When Virat was captaining, I was the vice-captain. So, we went about the team in a similar fashion. I just have to take it from where he left. The team pretty much knows what is expected out of them, talking about the individuals. We want to continue with the same template. There is not much that we need to change. We are a good team and have good players,” said Sharma in the virtual press conference on the eve of the first ODI on Sunday.

“It is just that on certain occasions, where we will have to change our game, no doubt about that. It’s just that adaptability and being open to different things is what we have spoken of. It is not like I need to come in and change something drastically. I just have to take it forward from where he left and it is important guys understand the responsibilities, which is what I will be focusing on and giving them the clarity on what is expected out of them,” added Sharma.

Sharma brushed aside the thoughts of leading the Test side.

“Let’s leave the Test captaincy topic. I have no idea about it. My focus right now is to lead India in the three ODIs and three T20Is against West Indies. I am not thinking too far ahead and want to focus on the present.”

Sharma remarked that players in the ODI series against the West Indies will be given chances to present a case for themselves in the finishers’ role.

In the current ODI squad, all-rounders Deepak Hooda, Deepak Chahar and Shardul Thakur could be tried in the finishers’ role.

“The role of the finisher is very important because it comes at a very crucial time of the game. After the retirement of MS Dhoni, we haven’t got anyone on that number. Hardik had batted at that spot and Jadeja did that too. But we need to prepare more batters for that spot.

“Whatever opportunities guys will get in this series, I hope they utilise the chance very well and build a strong position for the team as it is a very crucial one. For a number of years, we have seen the importance of finishers as they have got the ability to turn the match scenario. To give the team a flourish and bat with confidence is very necessary. The boys will get a lot of opportunities to make that place theirs.”