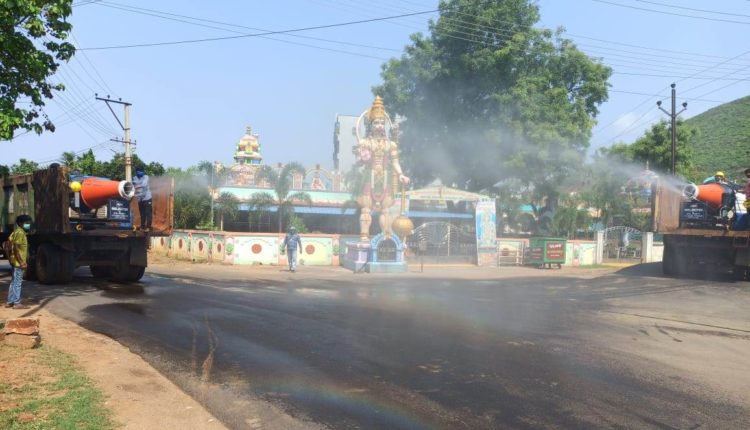 Visakhapatnam: “I thought I would die. I don’t know how I survived.” This was how a gas leak survivor in Visakhapatnam shared her experience.

“Nobody knew what was happening and all were running to save themselves,” said the woman undergoing treatment at King George Hospital (KGH), where most of the gas victims were brought for treatment.

She said she and her children woke up as they felt difficulty in breathing. “There was utter confusion. We saw people running and we too rushed out,” said the woman, who got separated from her two children in the melee.

They all fell unconscious and later found themselves in hospitals. “I can’t even speak properly. The children are recovering,” she said.

Another survivor said he and other family members sensed pungent smell and they could even see the fumes. “We felt uneasy and started vomiting. We don’t know what happened after that but later found ourselves in hospital,” he said.

People ran helter-skelter after the leakage of Styrene gas from LG Polymers India plant in RR Venkatapuram near Gopalpatnam around 2.30 a.m. People in at least five villages near the plant were worst affected. Many fell unconscious on the roads or had breathing problems.

Sirens were sounded in surrounding areas to alert people to move to safer places. They were advised to use a wet mask to protect themselves from the effects of toxic gas.

Eyewitnesses said at least two people died after falling in a canal while another person was drowned in an open well while running in darkness to save their lives.

Ambulances, police and other government vehicles were pressed into service to shift the victims to hospitals.

A police officer also fell ill while shifting a few people in his four-wheeler. Some people were seen carrying their children in their arms and rushing towards hospitals.