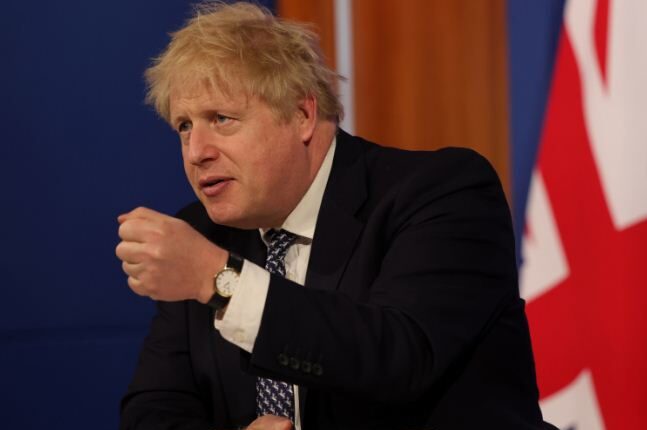 New Delhi: British Prime Minister Boris Johnson on Friday hailed India’s Covid-19 vaccine and said that he took the vaccines produced by India that benefited him.

“I have the Indian jab (Covid-19 vaccine) in my arm, and it did me good. Many thanks to India,” Johnson said during a joint media address with Prime Minister Narendra Modi.

In May 2021, India and Britain agreed to expand and enhance their existing partnership on vaccines, besides making commitment to work together to reform and strengthen the World Health Organization (WHO) and the global health security system to strengthen the pandemic resilience.

The British Prime Minister who is in India on a two-day tour, held talks with his Indian counterpart on Friday on various bilateral issues, and the current global security situation.

“We also discussed the developments taking place at the regional and global level. We emphasised on maintaining the Indo-Pacific region based on a free, open, inclusive and rules-based order. India welcomes the UK’s decision to join the Indo-Pacific Oceans Initiative,” Modi said.

The Prime Minister further said: “During our talks, we stressed on dialogue and diplomacy in Ukraine for an immediate ceasefire and resolution of the problem. We also reiterated the importance of respect for the territorial integrity and sovereignty of all countries.

“We reiterated our support for a peaceful, stable and secure Afghanistan and for an inclusive and representative government,” Prime Minister Modi added.

He also said that the Afghan land should not be used to spread terrorism in other countries.