‘I was waiting for long time’: Sonia after casting vote for Congress presidential poll 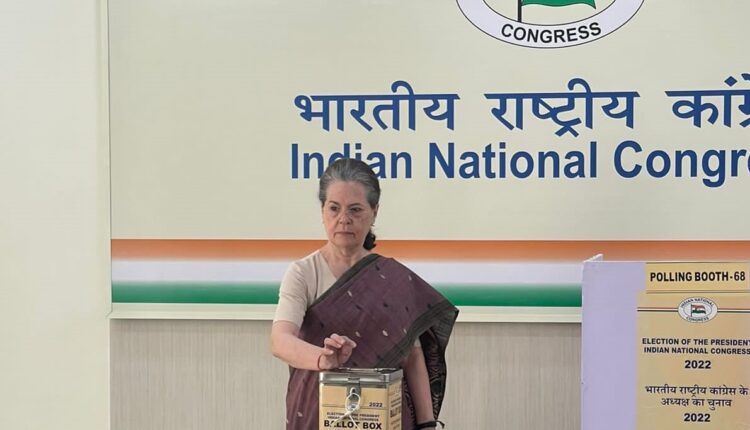 New Delhi: Congress interim president Sonia Gandhi on Monday said that she had been waiting for a long time to cast her vote for the presidential poll.

“I have been waiting for long time for this day,” she said to waiting reporters after casting her vote in a booth at party headquarters here. She was accompanied by her daughter and Congress leader Priyanka Gandhi Vadra. who also cast her vote here.

The Congress delegates were voting to elect the new president of the party and in the fray are Mallikarjun Kharge and Shashi Tharoor.

P. Chidambaram was the first voter at the AICC headquarters and Jairam Ramesh followed him in early voting.

Tharoor has pitched for a change and appealed to the delegates to vote for him.

About 9,300 Congress delegates are scheduled to vote to elect a new party President between the two contenders in the fray.

Voting is underway across all states and union territories till 4.00 p.m. About 67 booths have been set up, according to the party’s Central Election Authority (CEA).

Once the voting process ends, all the ballet boxes will be brought to the AICC headquarters in New Delhi.

The results will be declared as soon as counting of the votes ends on Wednesday.

Sonia Gandhi appears before ED for 2nd time in National…