IAF gets ‘desi’ dogs to scare away birds from runways 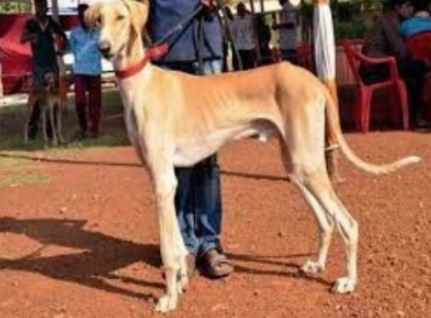 Agra (Uttar Pradesh): The Indian Air Force (IAF), for the first time, inducted the Mudhol Hound, an Indian breed of sight hound from Karnataka, to chase away birds and animals from the runways and reduce risk of bird-hits.

Four Mudhol hound puppies, including two females, were brought to the Agra airbase on Sunday.

These were handed over to the IAF by Deputy Chief Minister of Karnataka, Govind M. Karajol, on behalf of the Canine Research and Information Centre (CRIC) in Bagalkot district of Karnataka.

A senior IAF official said bird-hits are a big problem at several airbases. These hounds will be trained by experts to scare away the birds.

“To address the problem of ground-dwelling birds such as lapwings and larks, IAF planned dog walking module. IAF chose to use a domestic breed as part of the Aatmanirbhar Bharat. Taking a cue from PM’s ‘Mann Ki Baat’ in which he had praised this breed, we decided to try the Mudhol hound. The qualities and temperament of this native breed were found suitable for bird scaring. The Air Force station here was selected as a pilot project. Depending on the success of the project, it will be extended to other stations,” the official said.

Experts say that the breed is best known for its stamina, sharpness and agility. Mudhol hounds are also known to be fiercely loyal to their owners and are excellent hunting dogs.

These agile all-weather dogs that enjoy good health and require minimum grooming, have already been recruited by the Indian Army, CRPF, CISF, BSF, SSB, ITBP and the police departments of a few states.

A few weeks ago, IAF officials placed an order for seven puppies. After completing all the formalities, four Mudhol hounds, aged around three months have been handed to the IAF officials of Agra Air Force station. Another three puppies will be handed over after six months as per an agreement.

The training of these Karnataka-origin hunting hounds first started in 2016 by the Army’s Remount and Veterinary Corps (RVC) centre in Meerut.

The Mudhol hounds were bred by Ghorpade kings of Mudhol (now in Bagalkot in North Karnataka) in the 1920s, by crossing Persian and Turkish breeds with local dogs.

A police station that adopted a teenager