IAF helicopter crash: 13 out of 14 onboard Mi-17V5 reportedly dead 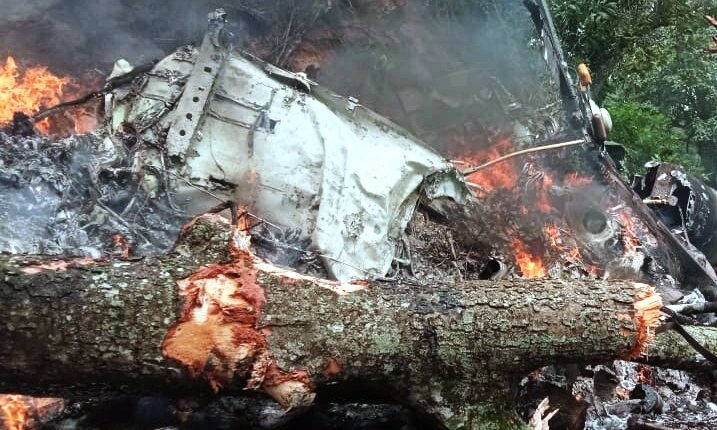 Chennai/Bhubaneswar: As many as 13 out of the 14 occupants of the ill-fated Indian Air Force helicopter Mi-17V5 carrying CDS General Bipin Rawat and his wife among others have reportedly been killed in the chopper crash, reported news agency ANI.

Identities of the bodies will be confirmed through DNA test, the agency reported quoting sources.

13 of the 14 personnel involved in the military chopper crash in Tamil Nadu have been confirmed dead. Identities of the bodies to be confirmed through DNA testing: Sources

The helicopter crashed in Tamil Nadu’s Coonoor, this afternoon. Rawat, his wife Madhulika Rawat and 12 other Defence personnel were in the chopper. He was going to the Defence Services Staff College in Wellington in Coonoor district to give a lecture scheduled at about 3 p.m.

The force said that an inquiry has been ordered to ascertain the cause of the accident.

The chopper took off from the Sulur air base and was proceeding to Wellington when it crashed.

According to Tamil Nadu Health Secretary Dr J. Radhakrishnan, a special medical team has been sent to Coonoor to provide treatment to the injured.